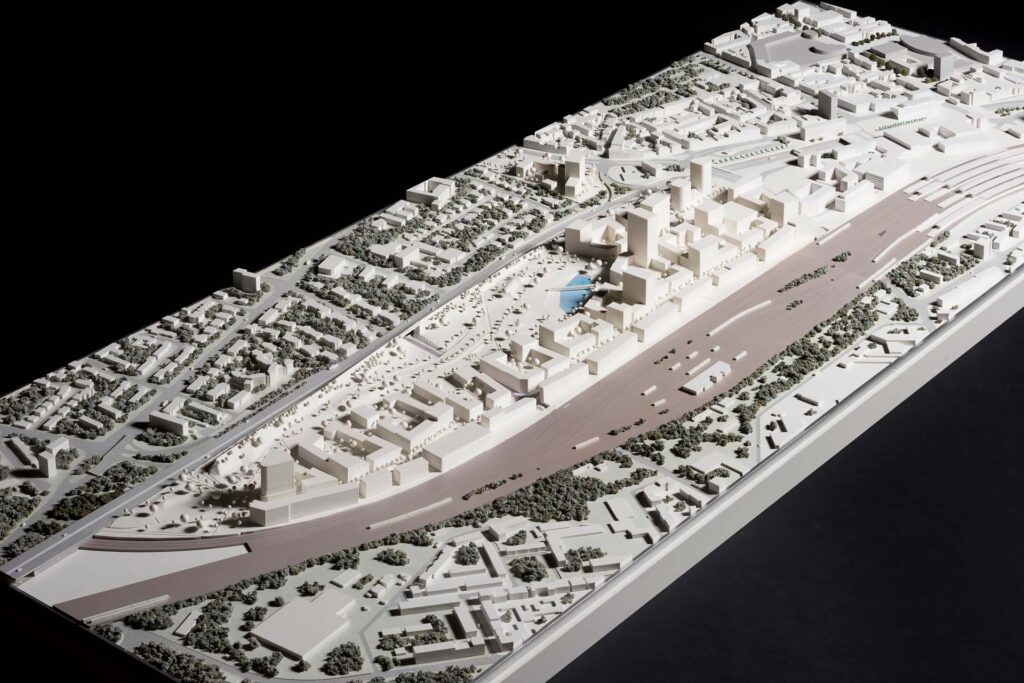 The planning team CKSA | STADT + VERKEHR | ALB | Buro Happold | FJP wins the urban open space planning competition in Duisburg. Our design for the “Duisburg Dunes” was able to prevail over the six competing entries in the second phase of the competition. Consequently, not only the surveyed citizens but also the jury chose the idea of the new quarter with the striking dune park. Thus the jury remarked: “The design is convincing with its charismatic idea of leading a generous park to the city centre and designing an urban accompaniment as a backbone of structured and differentiated urban building blocks.”

The “Duisburg Dunes” are the vision of an innovative urban district on the site of the old freight station. The 30-hectare area south of the main railway station will be gradually developed into a sustainable, mixed quarter by 2032. Despite its island location between the motorway and the railway tracks, the area is to become a strong link in the city. The Dune park – noise protection and local recreation area – will play an important key role for the new quarter and for the surrounding.

Details on our competition entry can be found here. For more information on the history of the site, the competition and the further development of the area in Duisburg, please visit the project website. The german press also reported on the competition results: Süddeutsche Zeitung | Rheinische Post | WAZ-Das-ist-der-Sieger-Entwurf.