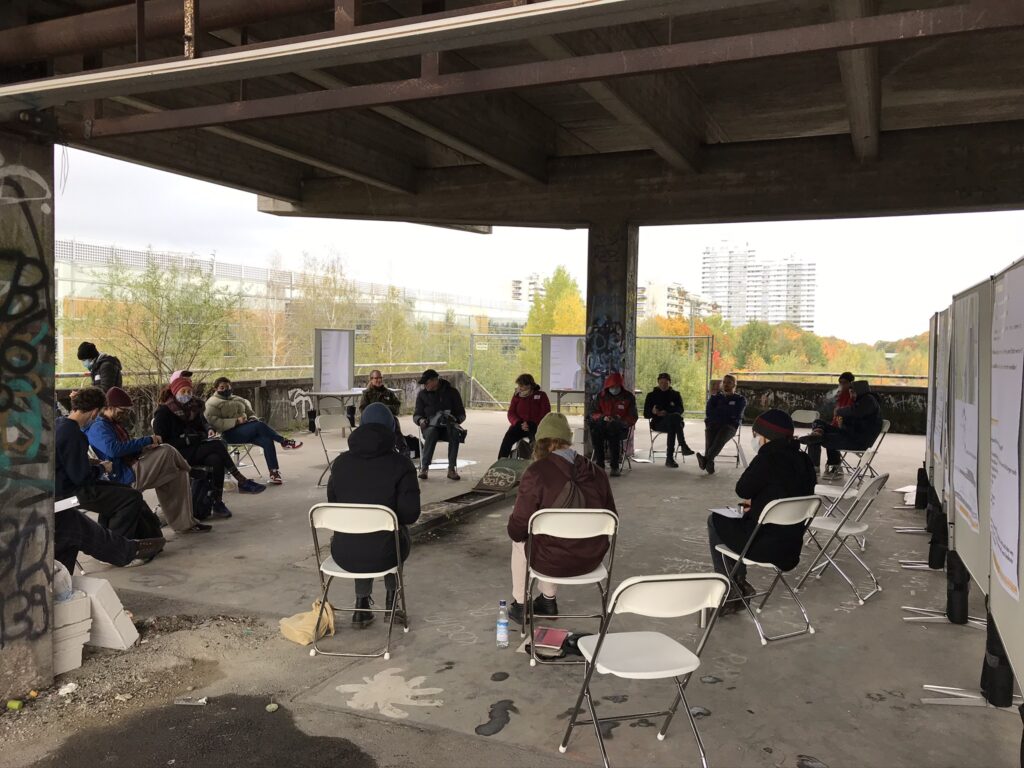 As part of the new north-south green link in Munich-Moosach, the listed Oberwiesenfeld S-Bahn station plays a key role in the area. In future, the former Olympic railway station, which was closed in 1988, will be an important access point and central hub of the new park. At present, various young groups are using the abandoned areas on and around the existing building informally as a leisure meeting place.

In the course of the redesign of the track areas, the City of Munich is placing great emphasis on the further development of the rough, urban-rural vegetation areas, which have become so rare for the state capital, and the preservation of the characteristic architecture. Furthermore, the concerns of the local youth scene are also in focus, as they have appropriated and shaped the site in recent years; they should continue to find their place on the site in future.

To this end, a workshop of several hours was held on October 17th, moderated by Maria Schlüter and Leila Unland. During this workshop, different interests and possible visions for the future of the site were collected with the users. On the other hand, concrete needs, wishes and ideas for the integration of current uses in the new park were issued.

In this excellently moderated discourse, FJP gave input on content and took many interesting suggestions for the ongoing planning with them to Berlin. Further information on our 2019 competition entry can be found here.