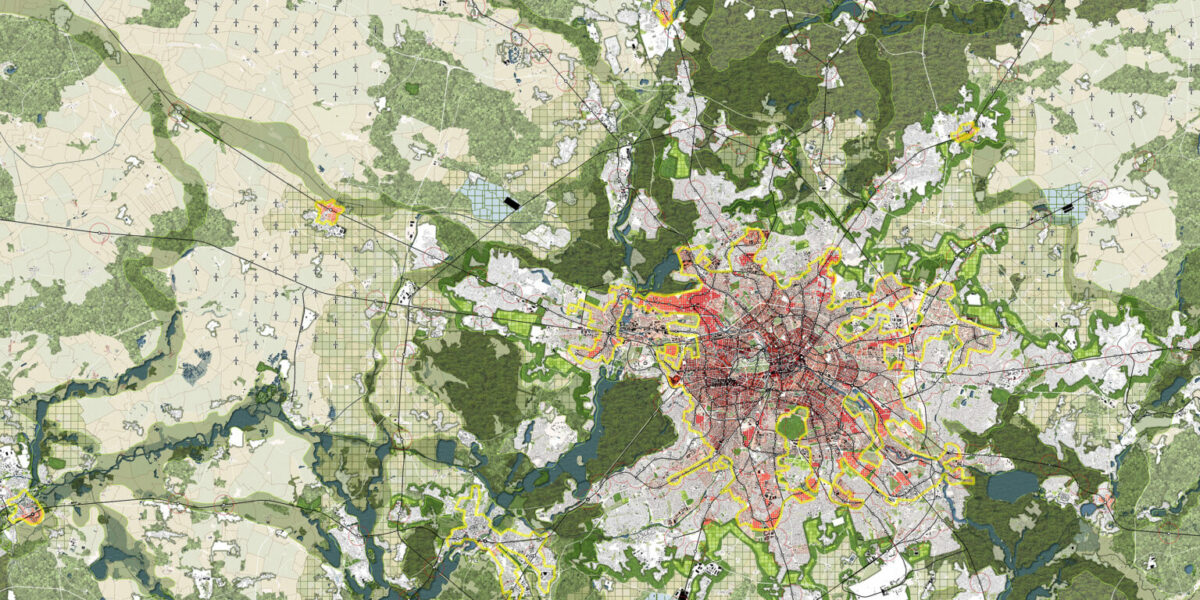 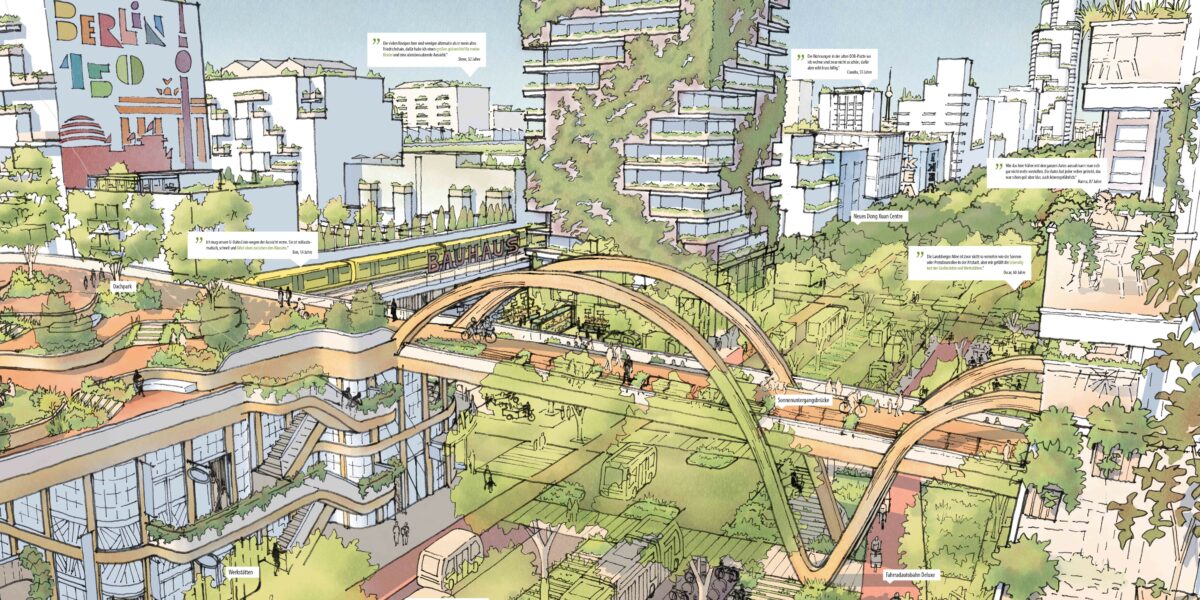 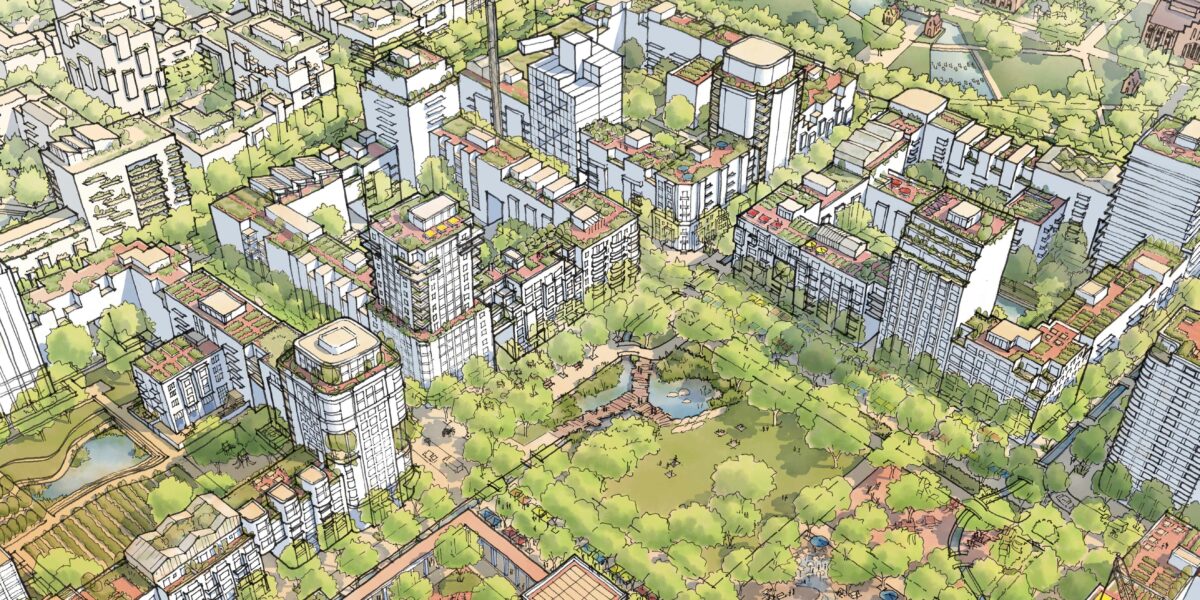 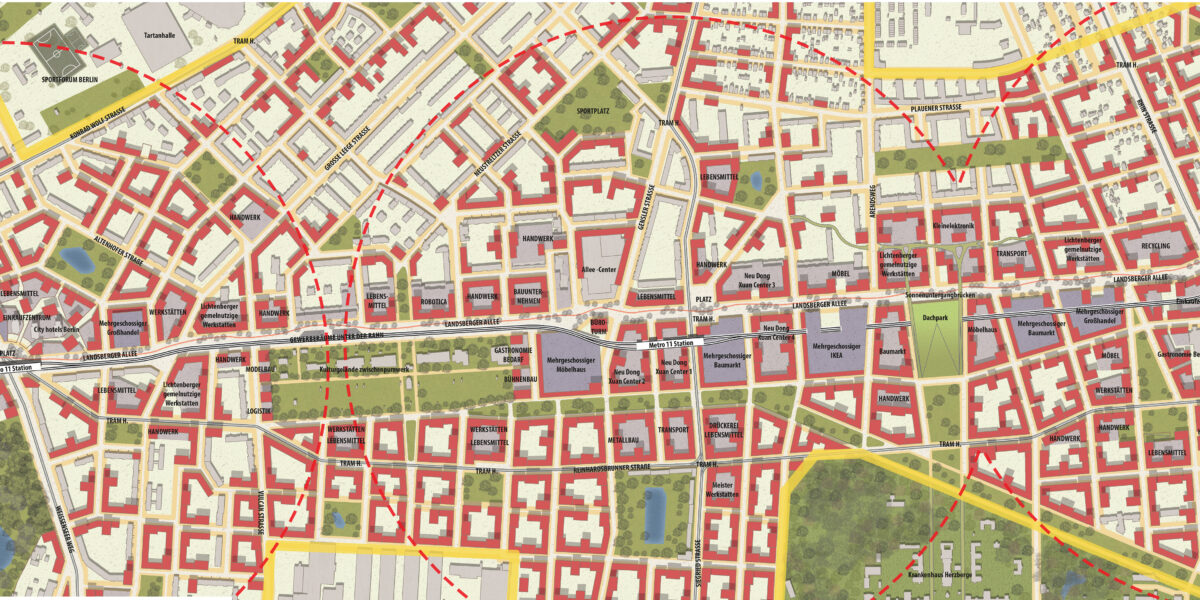 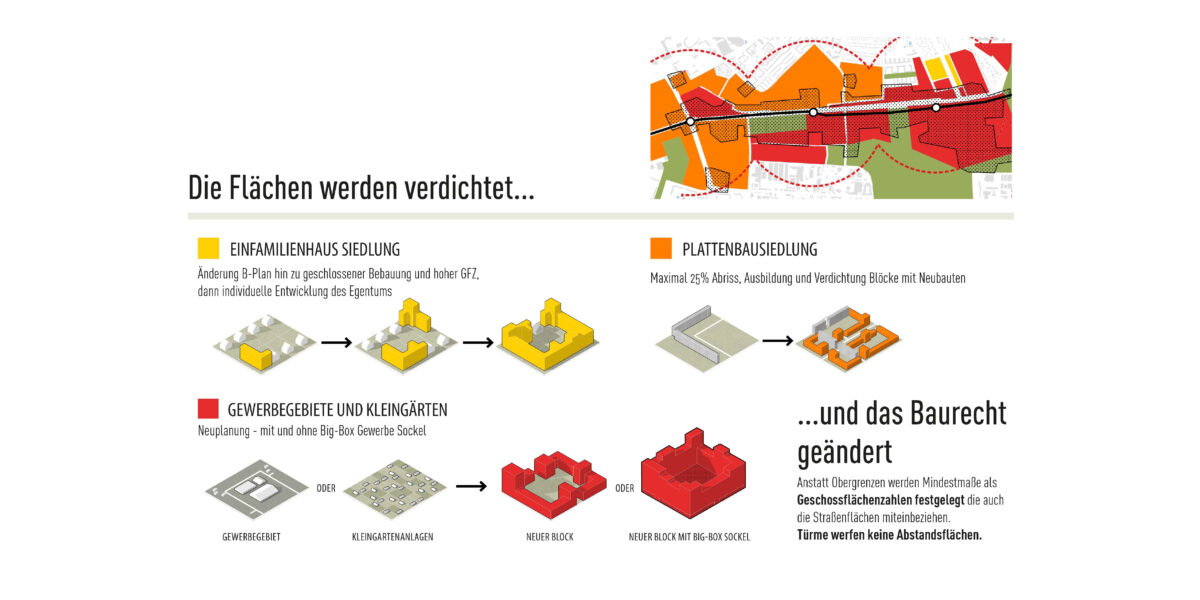 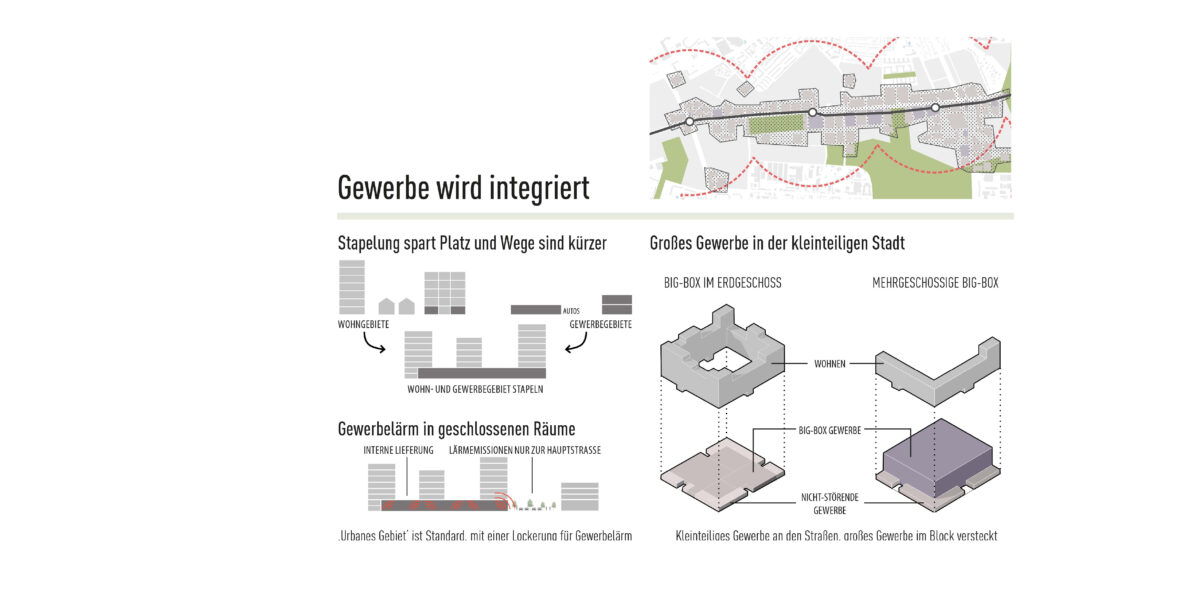 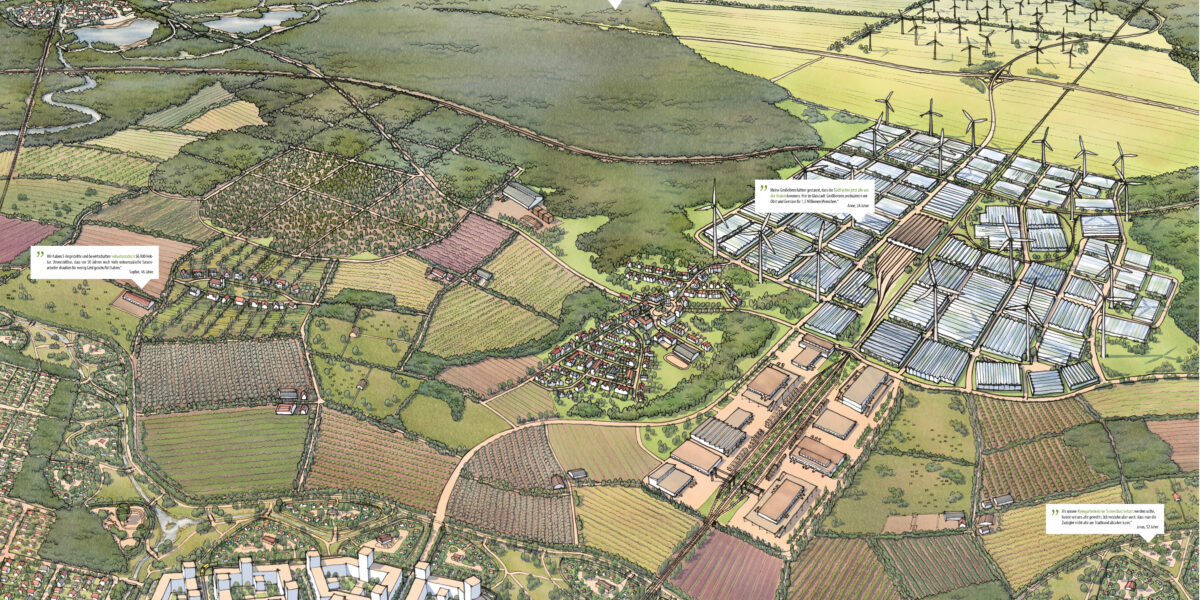 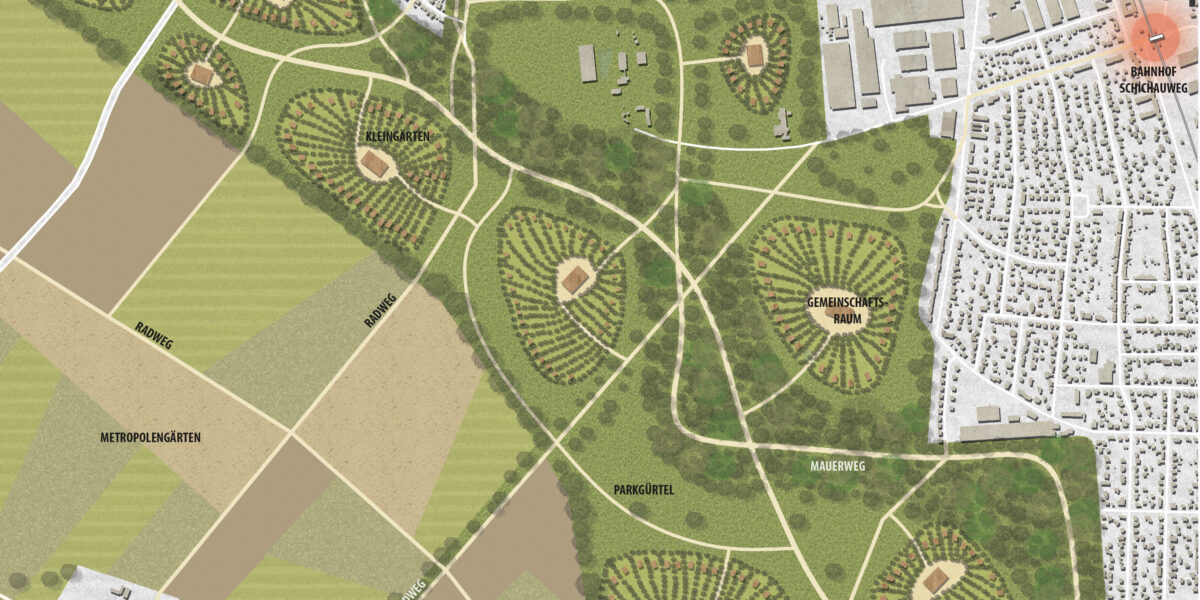 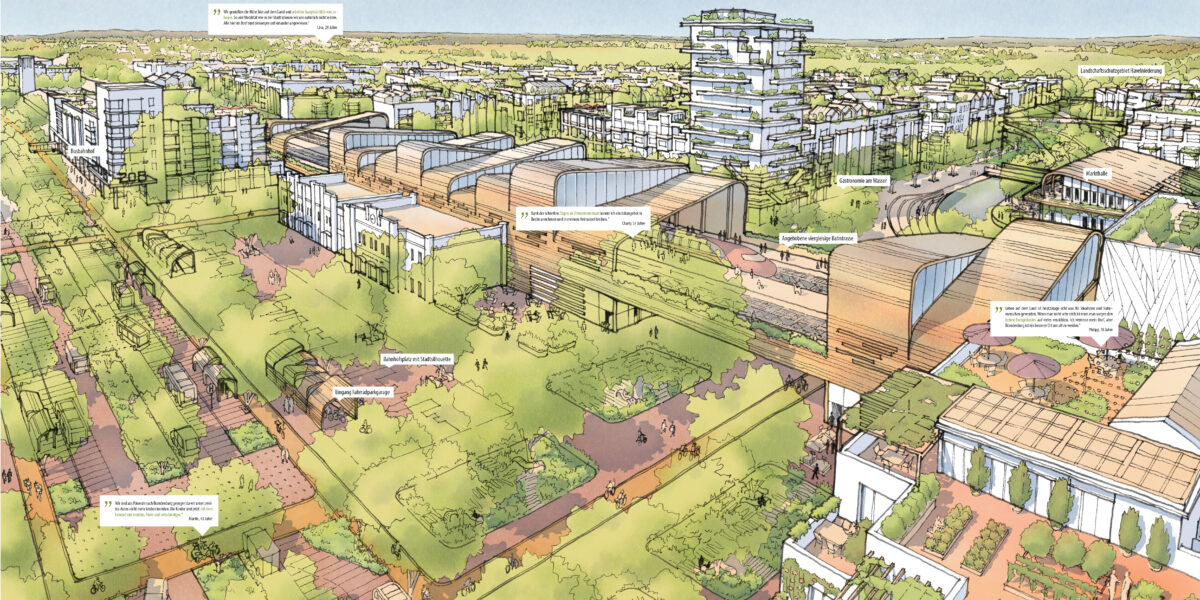 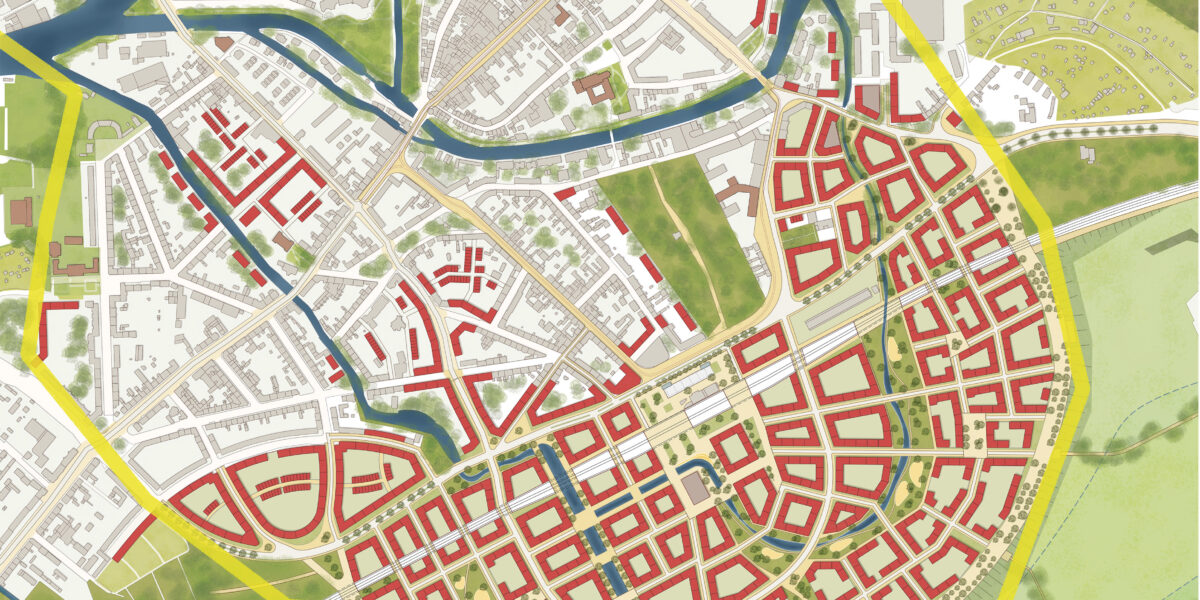 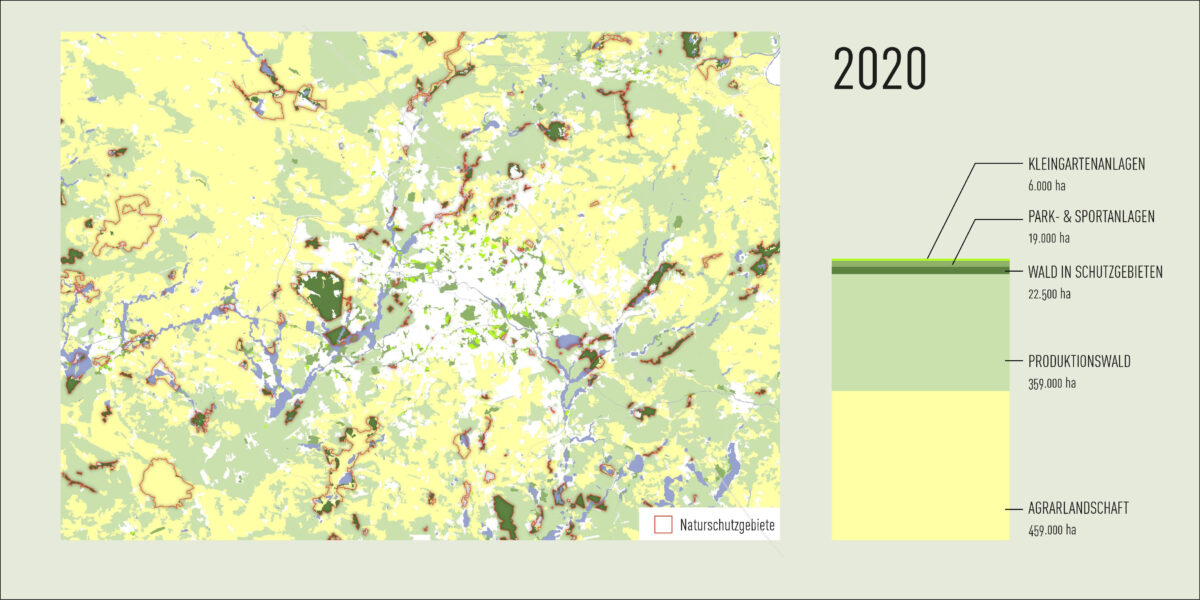 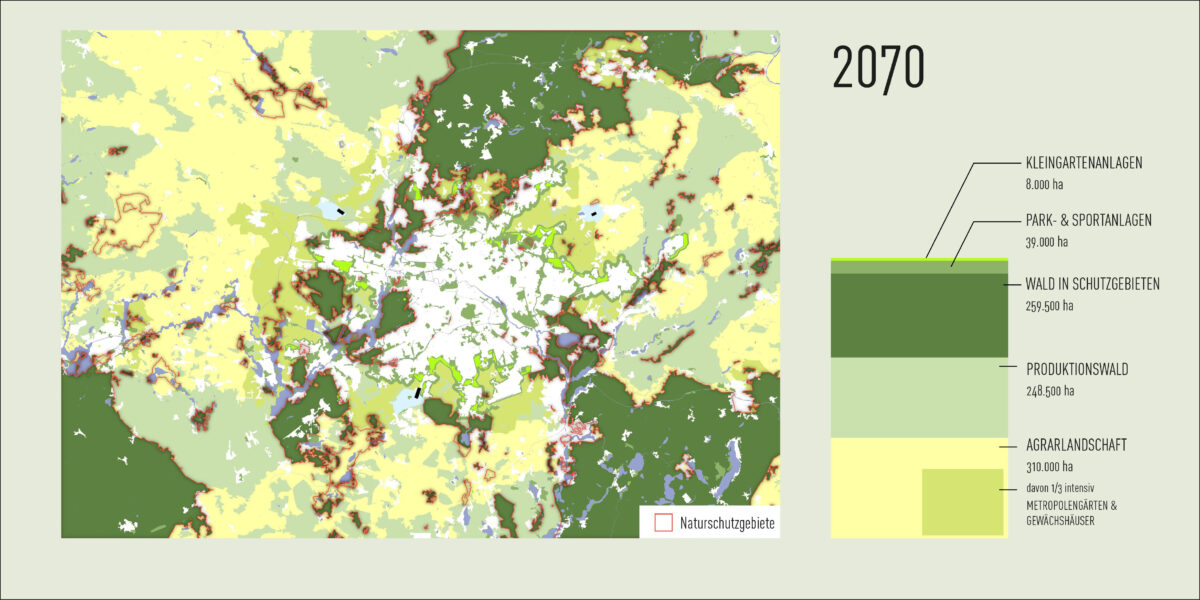 The metropolitan area of Berlin-Brandenburg is growing. In the future, the intertwining of urban and rural space will need holistic urban-rural planning to meet the demands of a powerful metropolitan region. Our climate-neutral scenario seeks to turn away from the suburbanization of rural areas, which takes up increasingly more space, and instead compress urban centers. Planners are also compelled by Brandenburg towns with a strong identity located alongside railways. The project seeks to strengthen and develop the landscape, addressing its socio-ecological needs, and create a space for local recreation, smart agriculture and untouched nature.  With climate protection in mind, short-range transit will play a vital role in the region`s future as it will connect urban centers. In the future, the urban and cultural scene of Berlin-Brandenburg will be divided into five areas:

Outer districts | For Berlin’s outer districts and suburbs, the project plans only compact architectural compressions in areas around railway stations. In contrast, homestead developments far away from railway stops that consume large areas are not a future-oriented option.

Inner landscape | The free spaces on the fringe of developments will consist of a continuous network of accessible landscape parks and new garden plots. Between them, small and diversified agricultural areas will form the metropolitan gardens. Together this will constitute an attractive, accessible and productive landscape.

Brandenburg towns | The Brandenburg towns will be compressed around the railway stations and town centers. Rising numbers of residents, infrastructural connections and growth towards the center will strengthen the capacity of these towns and villages.

Berlin-Brandenburg 2070 is the vision of a climate-neutral metropolitan region that sustainably supplies cities with regional agricultural products in addition to compressing compact urban centers. The draft aims to sufficiently supply citizens with attractive and easily accessible recreational spaces while connecting the areas with valuable natural spaces, considering that landscape and development areas will adapt to long-term climate change.