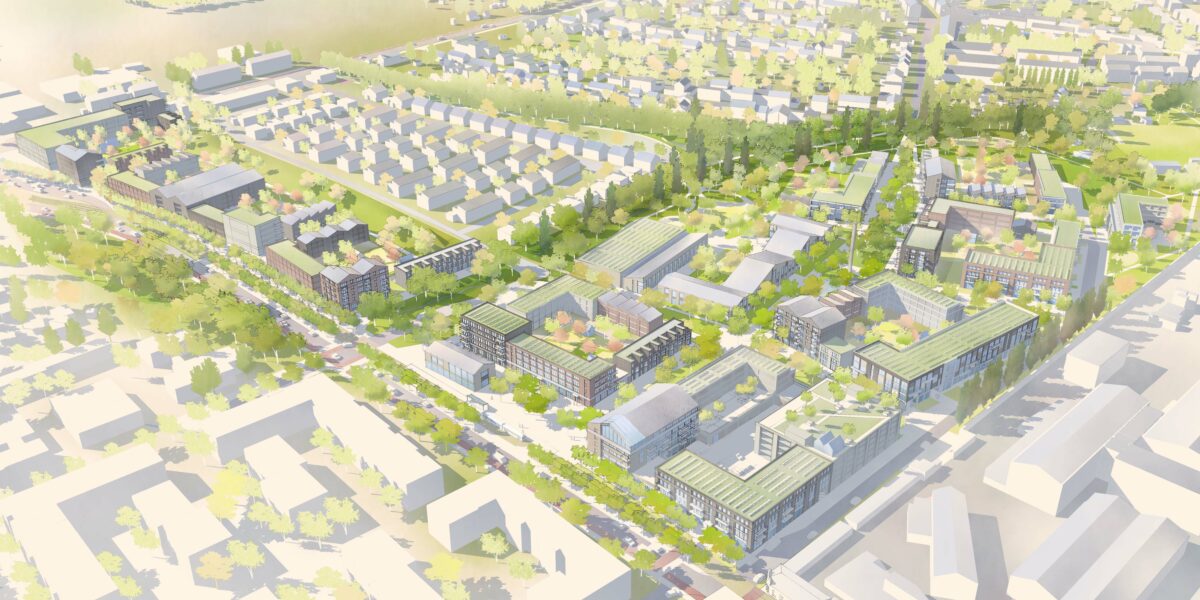 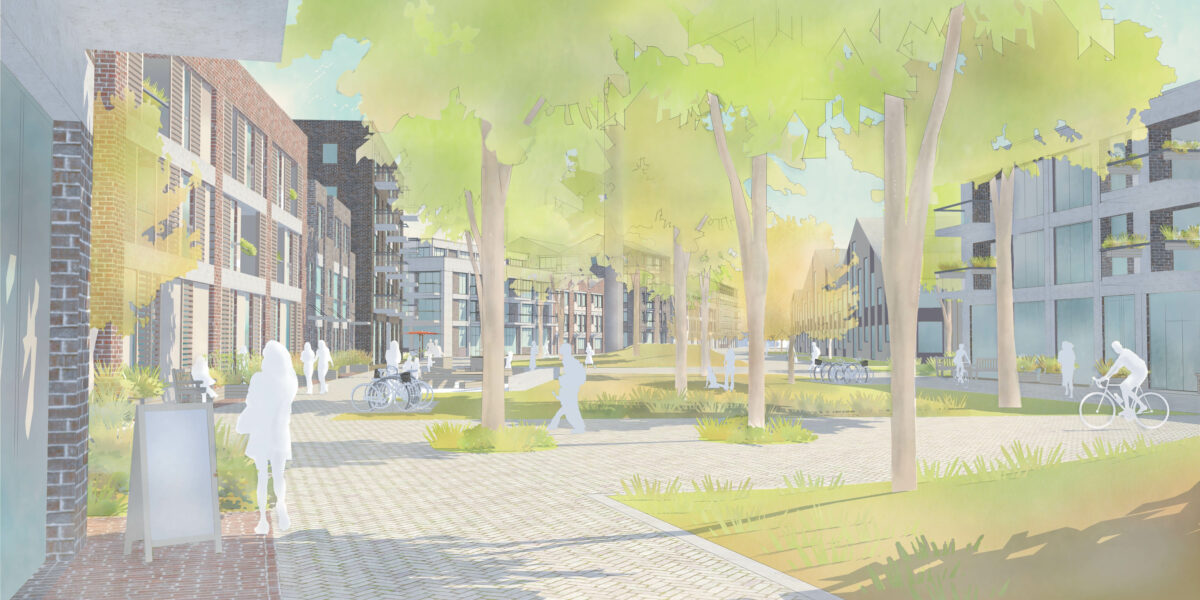 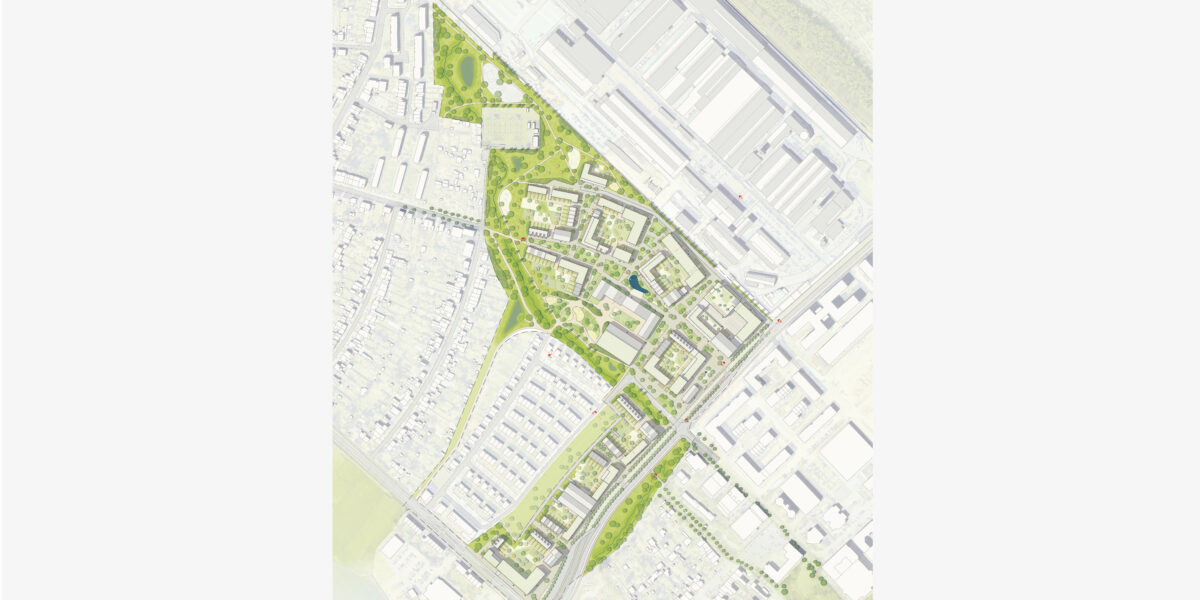 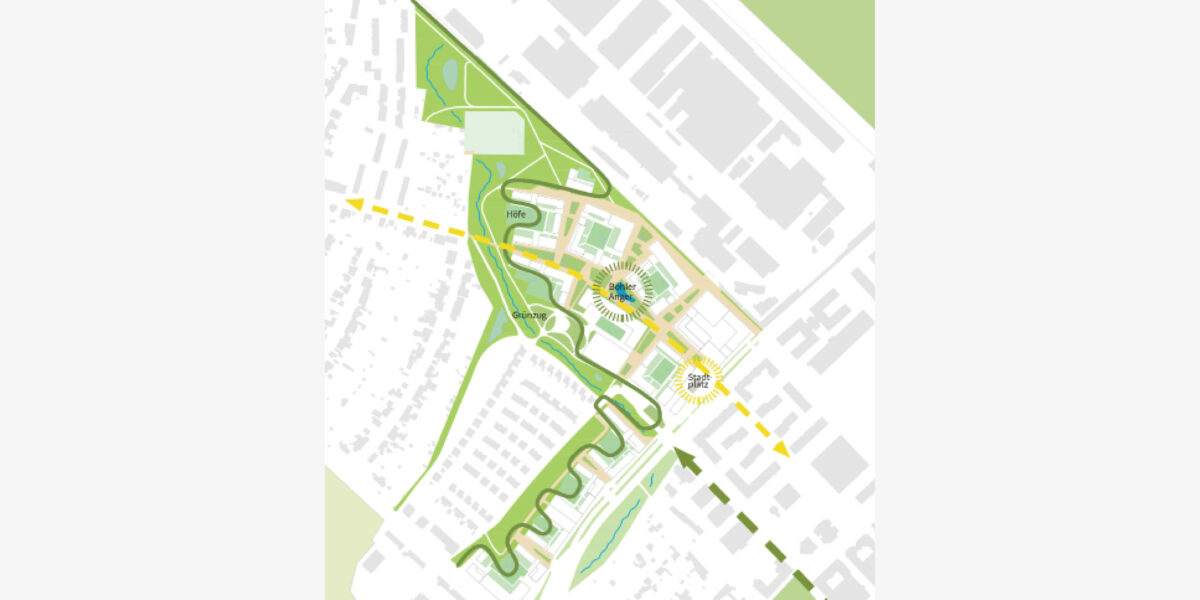 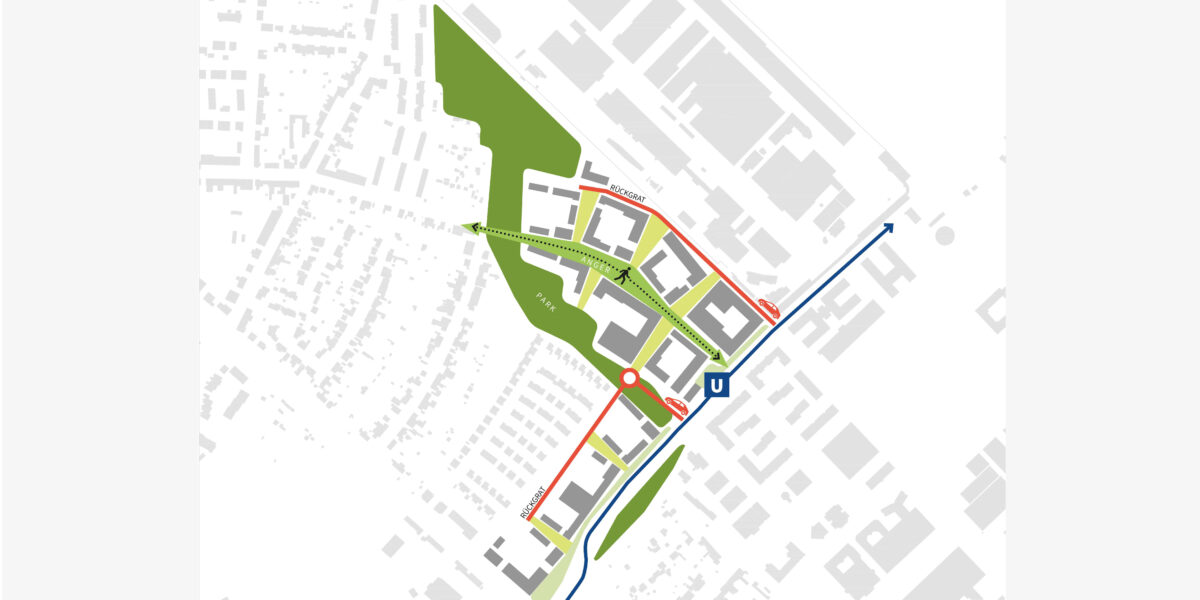 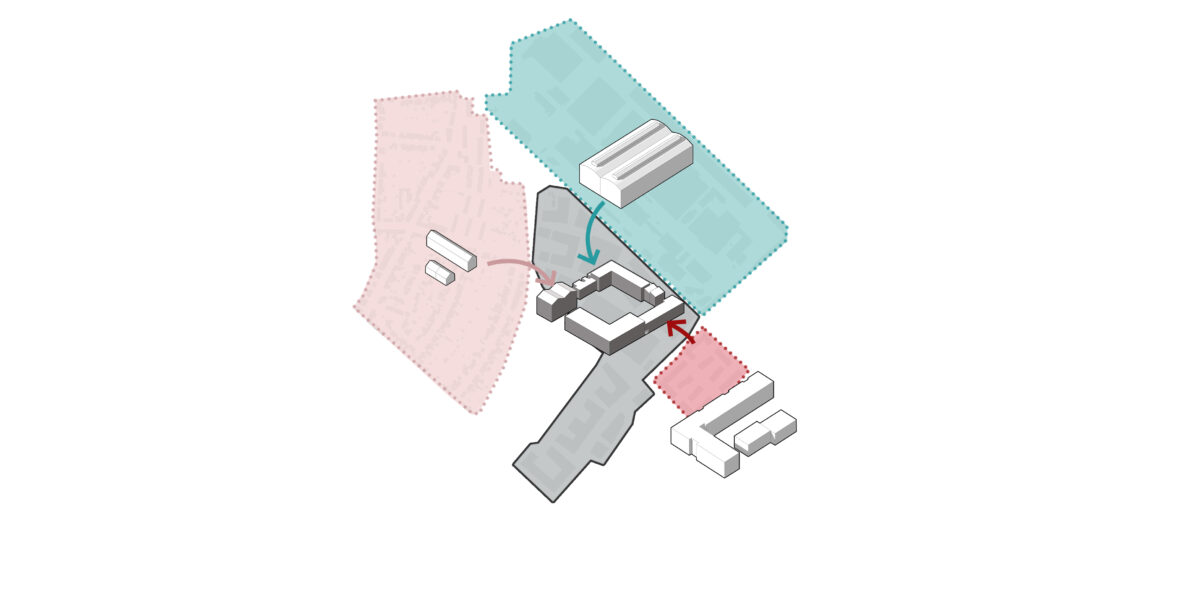 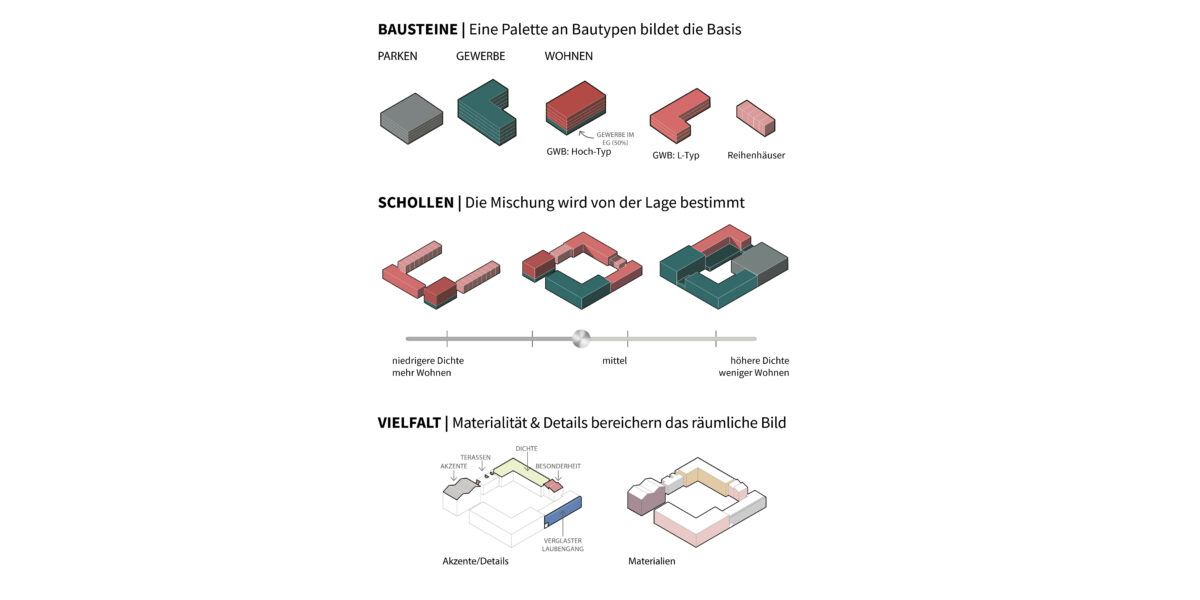 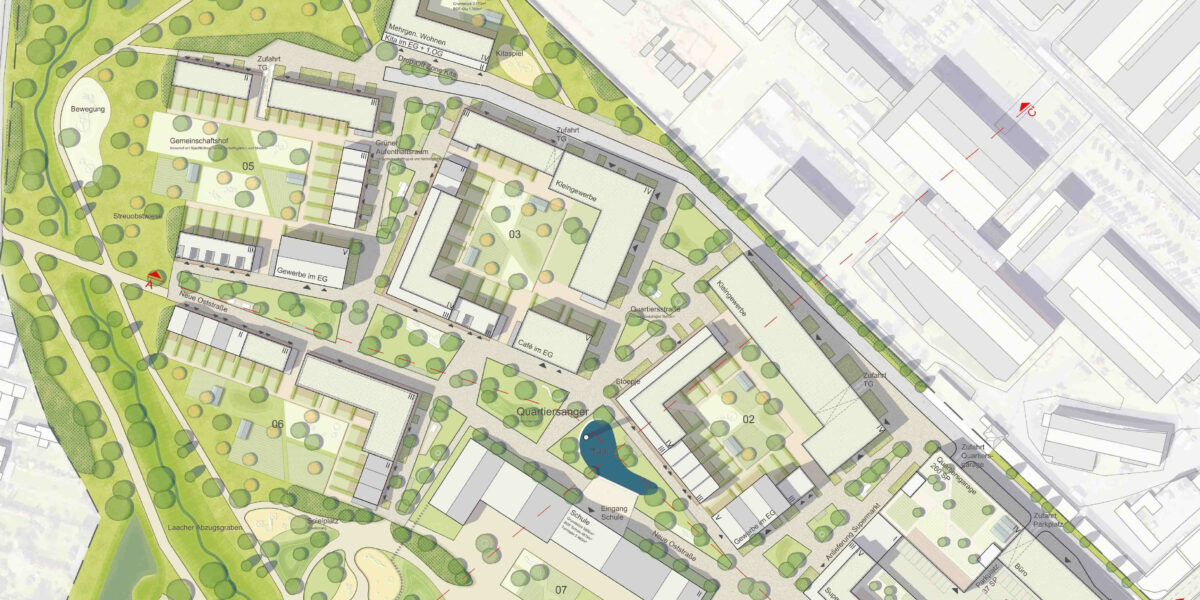 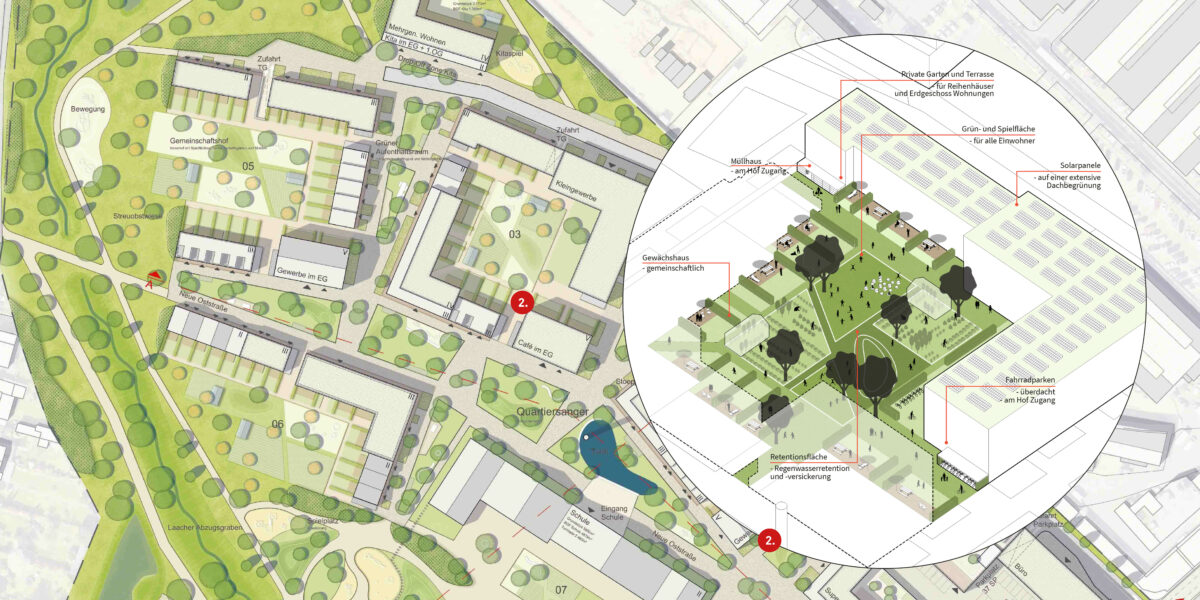 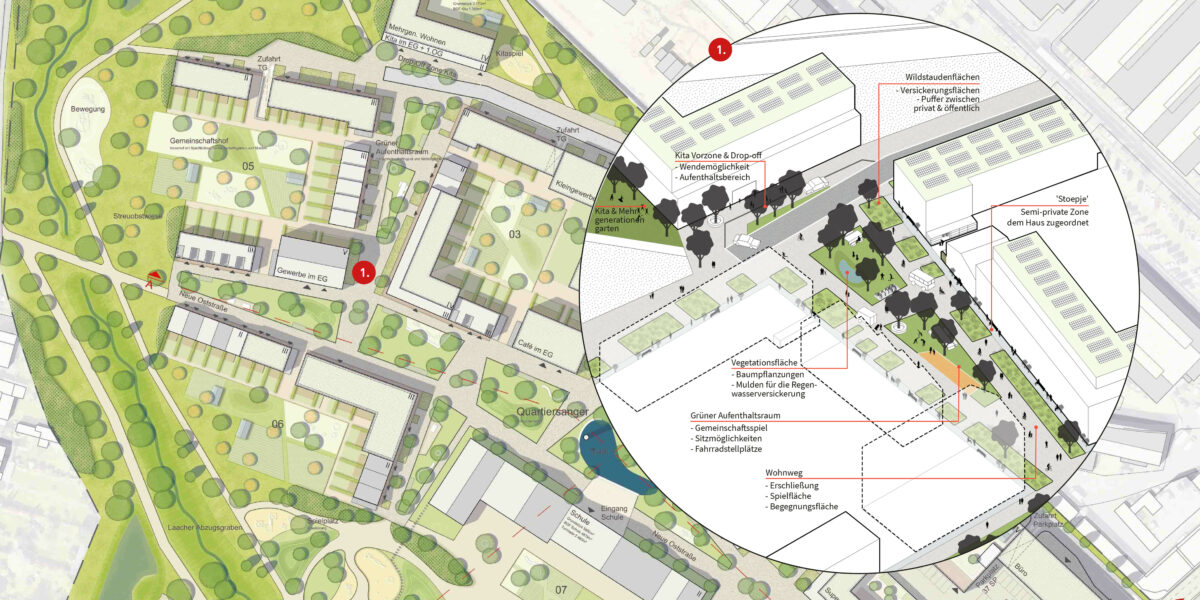 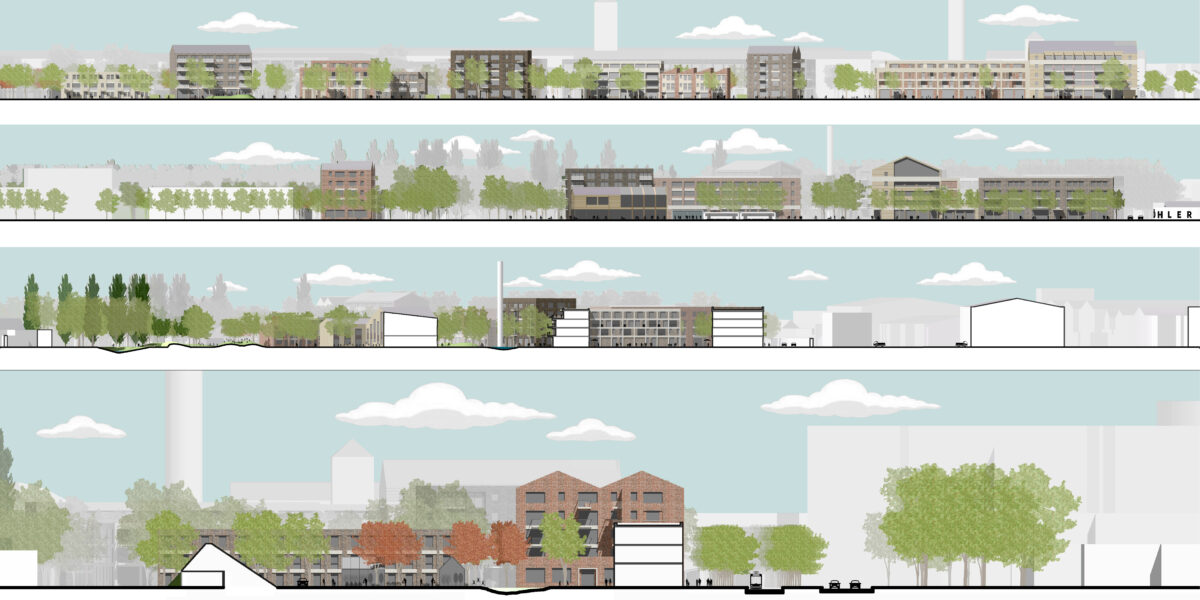 The aim of the urban development and open space planning competition “Areal Böhler 2” is to create a new quarter for different lifestyles in the Meerbusch. In addition to the plannig of 400 residential units with a wide range of variations for all age and income groups, the design of the district focuses on an attractive mix of retail, working and residential space. Furthermore , the social infrastructure is to be strengthened through new daycare center and primary school buildings, and the green open space structure is to be strengthened through qualification and differentiation. Furthermore, a future-oriented mobility and energy concept is needed that points the way to the city of tomorrow.

The 20-hectare site is located at the interface of several heterogeneous building areas: in the west the organic village structure of Meerbusch, in the north the orthogonal halls of the Böhler area and in the east the urban blocks of Düsseldorf. A proposed new block typology, the so-called Schollen – clearly defined building plots with a mixture of terraced houses, multi-storey residential and commercial buildings, mediate between the surrounding building typologies. Further more, the rotation of the blocks creates attractive recreational areas.

The central open space axis is formed by the Neue Oststraße, which is extended to the west of Meerbusch and runs radially. It leads across the green Böhler Anger to the new town square in the east. This functions as the enterance of the quarter, with an underground station and commercial facilities. In contrast to this, the Böhler Anger is the green centre of neighbourhood life and interaction. In the lateral, traffic-calmed neighbourhood streets, the rather introverted green recreational areas invite neighbours to celebrate, play and gather.

The block related neighbourhood garages can be reached both from cul-de-sac on the northern side of the neighbourhood and from Böhlerstraße in the east. In the traffic-calmed areas / residential streets between the blocks, car traffic is regulated according to the mixed-use principle, but with priority for pedestrians. The central Böhler Anger can be kept completely free of individual traffic as a pedestrian zone and serves as a central access axis for bicycle and pedestrian traffic.

Above all, the new quarter opens up to the landscape – the adjacent green flows into the quarter. A landscaped park is being created along the Laacher drainage ditch in the west, which incorporates characteristic elements of the Lower Rhine cultural landscape. In contrast, the spacious courtyards of the Schollen are characterised by small-scale, individually designed gardens for the residents.