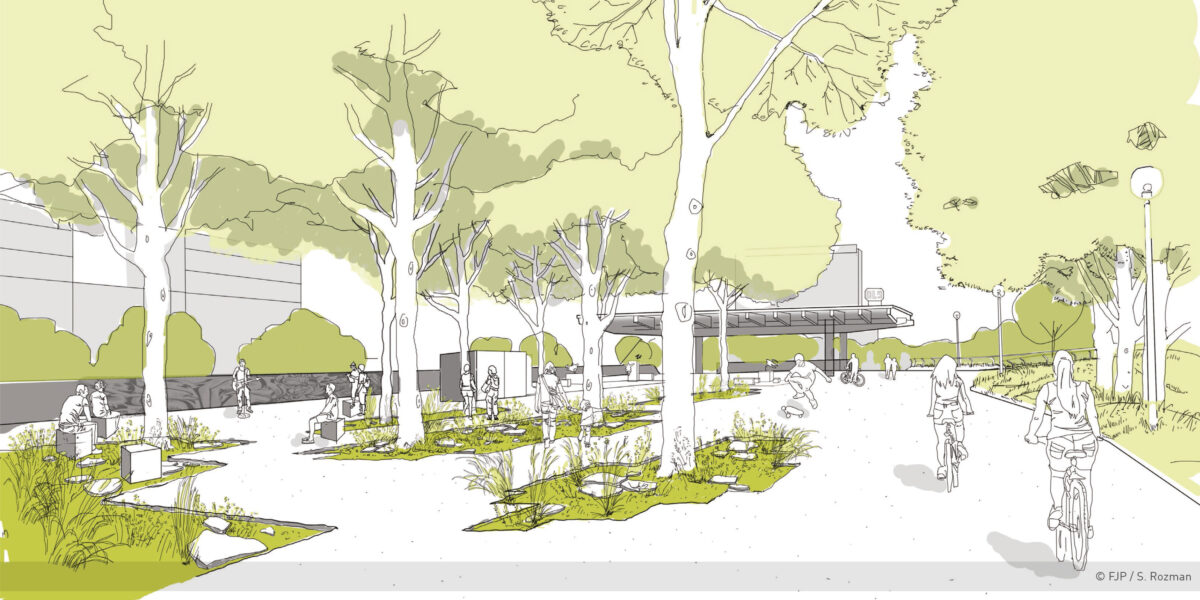 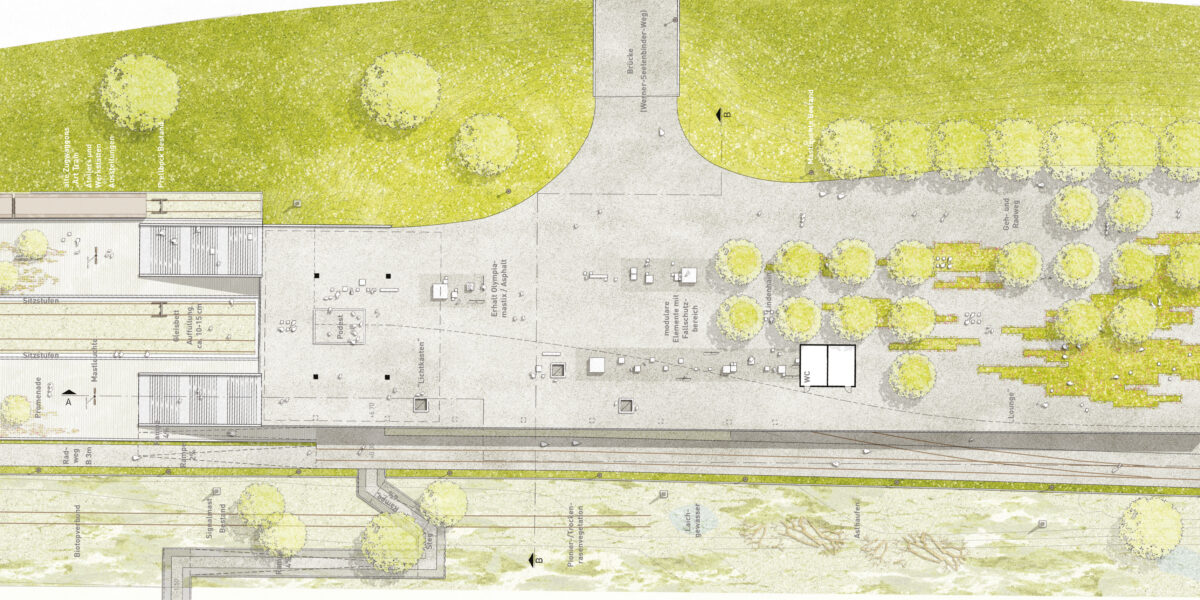 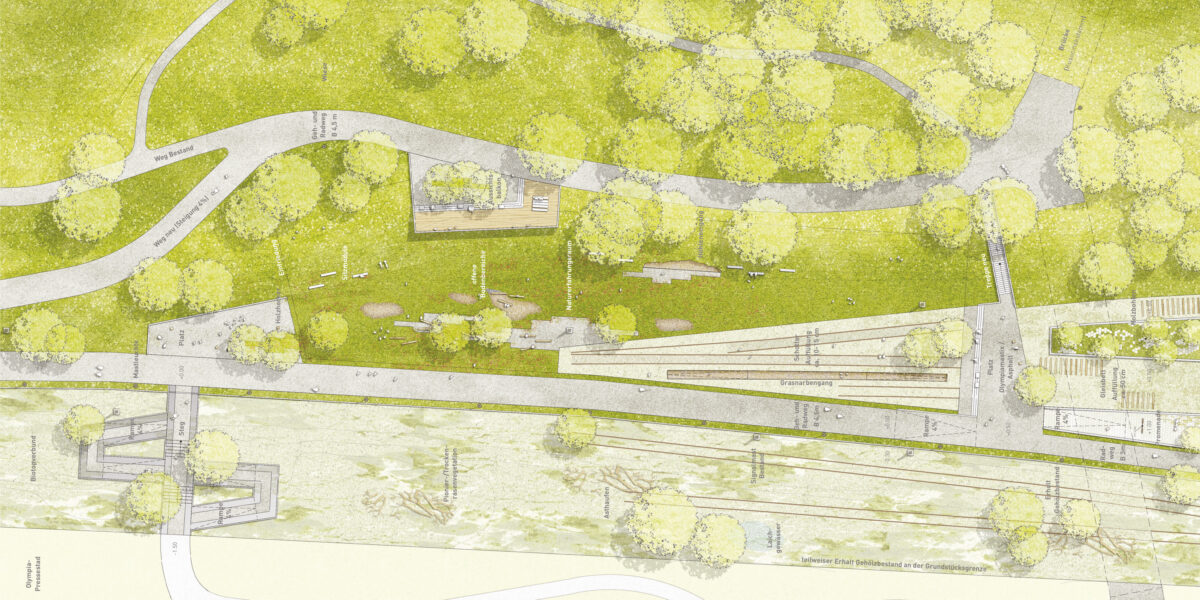 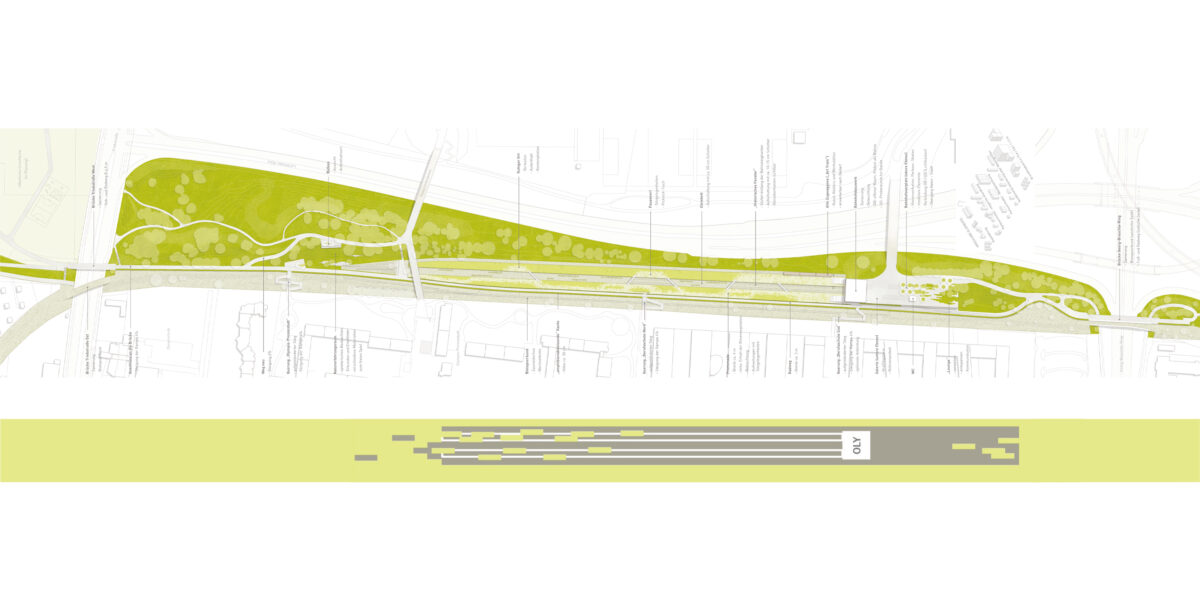 The bidding consortium comprising FUGMANN JANOTTA PARTNER and Kolb Ripke Architekten was invited to take part in the multi-phase negotiation procedure for the North-South Greenway. Munich is planning to create a new greenway and biotope connection in place of the industrial and urban railways that were once part of the Oberwiesenfeld station, a location on the city’s north side that was built for the 1972 Olympic Games.

Our project came out on top in the bidding!

It is the raw, unrefined allure of its untapped potential that defines this special place in Munich, which is to be integrated into the area’s revitalization under the motto “Natur findet Stadt” (roughly: “An Urban Home for Nature”). Its existing features will be preserved and developed with care. Another major aspect of the planned development will allow for the area’s established unofficial use by the youth scene in the surroundings of the imposing station building. Plans are in place to involve this and other groups in utilizing the location.

Sections of the 500-meter-long platforms are to be developed as a promenade, the large part of them as “controlled wilderness”. The platforms will flow into a space for experiencing nature in the northern part of the area. A separate path west of the platforms will serve as a cycling and walking path. The area’s western boundary, meanwhile, will become part of the overarching biotope network, whose target species are to include sand lizards and green toads. Both connecting axes will be based on existing bridges, each of which will be adapted for their respective purposes.