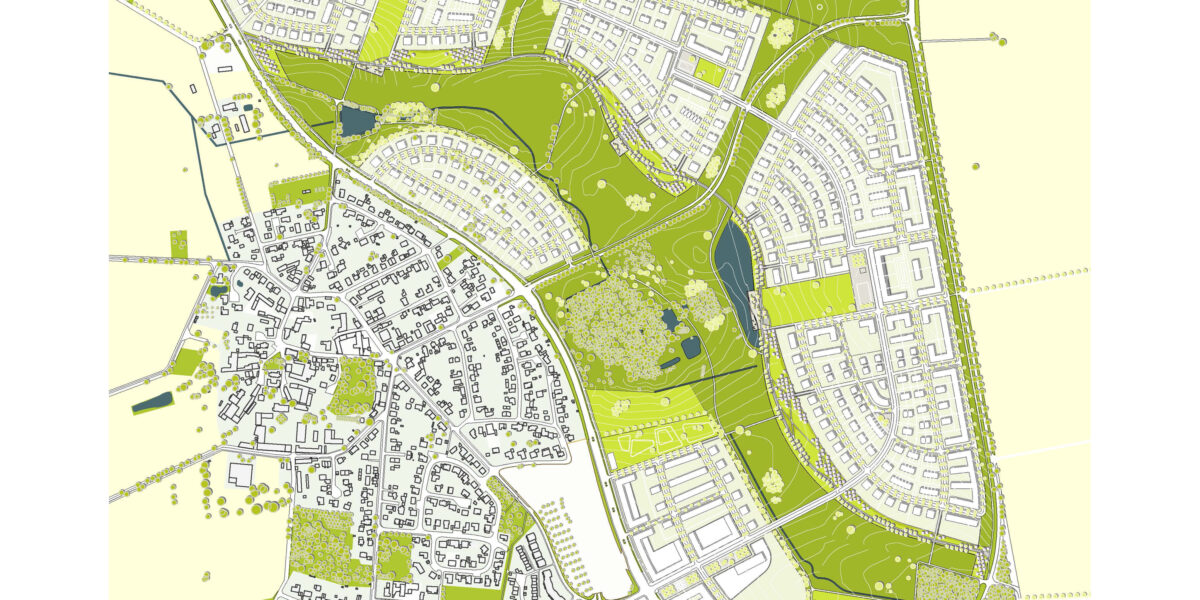 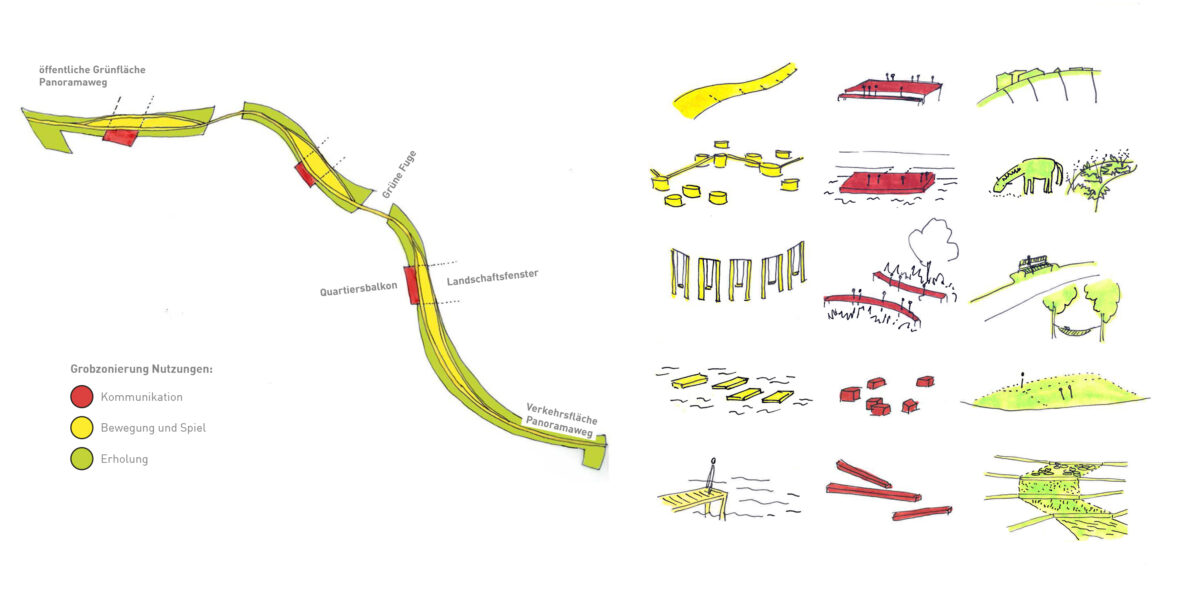 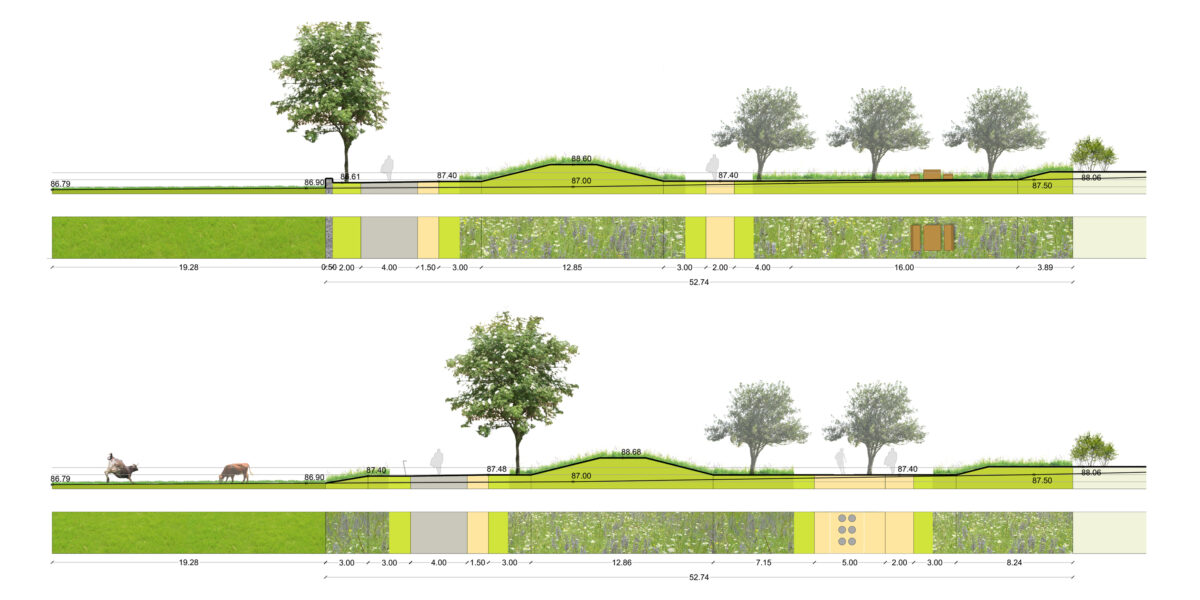 North of the Wolfsburg district of Nordsteimke, a new urban district – Sonnenkamp – is to be developed on a predominantly undeveloped, largely agricultural area of around 155 hectares. Five individual quarters are grouped around a new “green centre”. The 2 km long Panoramaweg functions as the backbone of the open space network close to the flats.

The landscape acts as a superordinate guiding element to structure the open spaces of the Sonnenkamp. The Panoramaweg’s soft, scenic course is based on the existing topography. However, since it is assigned to the settlement area in terms of design and use and is to be given a park-like design, a boundary is formulated by means of a hard, structural step to the “Green Centre”. In contrast, the difference in height between the building plots is to be formed as a soft edge by means of a slope.

In principle, the various design proposals should meet ecological, economic and aesthetic requirements at the same time. Multifunctionality and resilience are important conditions for the selection of the proposed design elements. In the “Green Centre” of the future Sonnenkamp, not only all residents and visitors should be offered suitable open space uses. The species spectrum of flora and fauna is to be preserved and developed further.