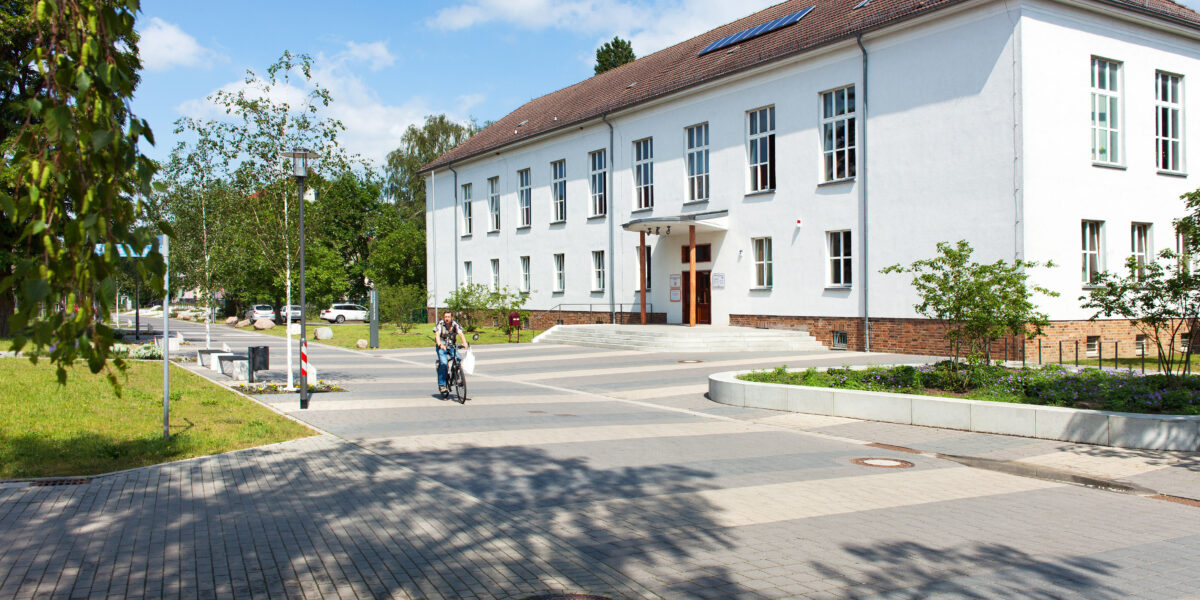 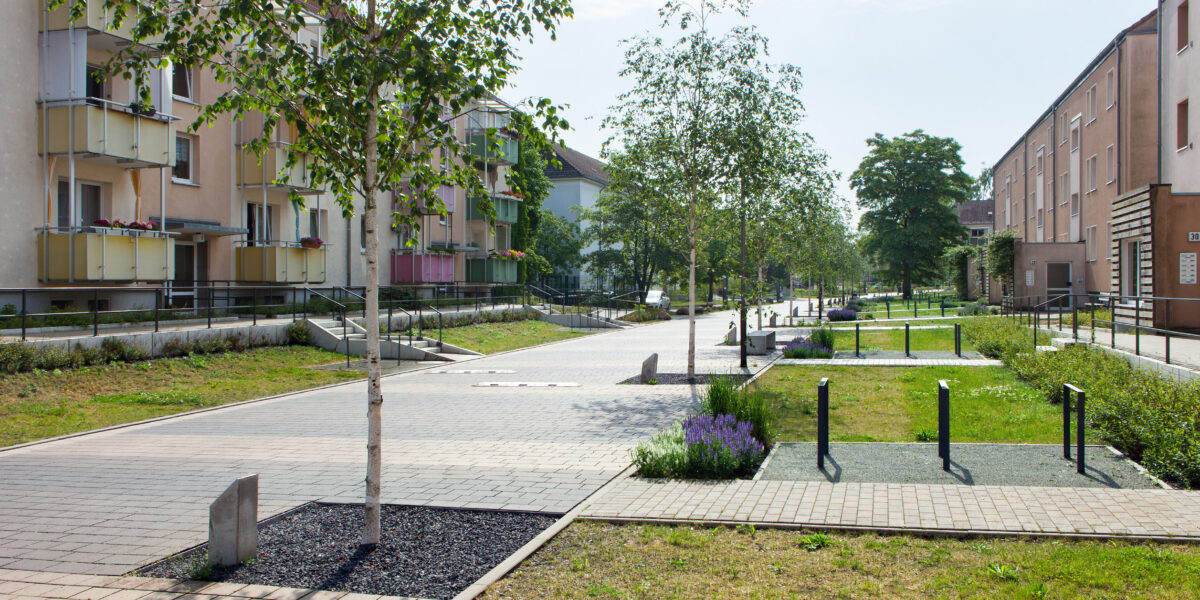 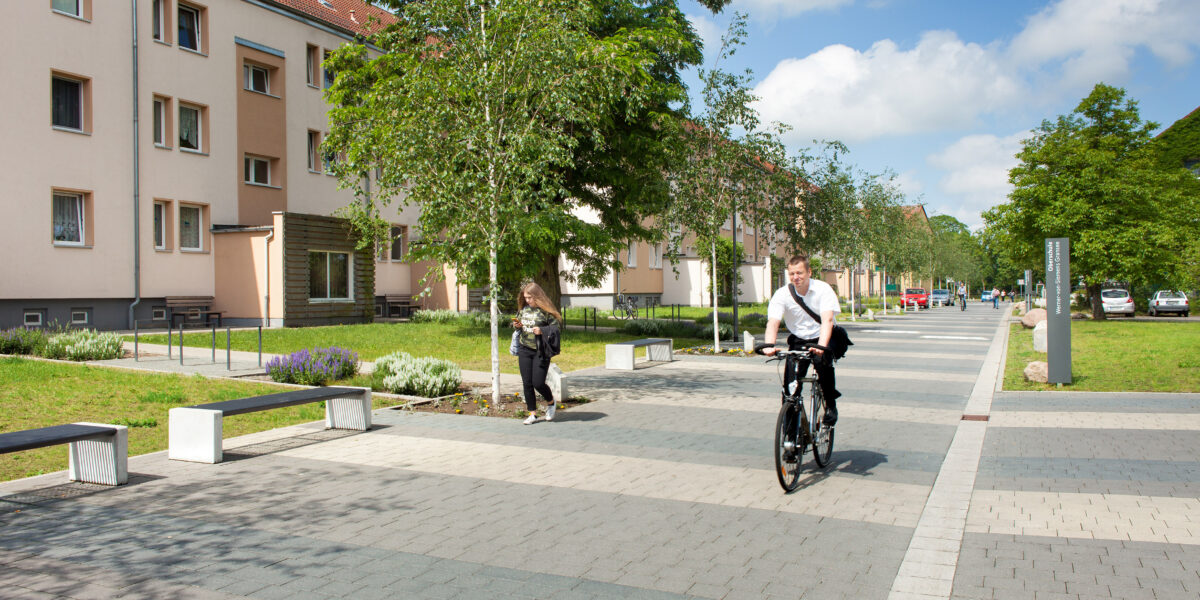 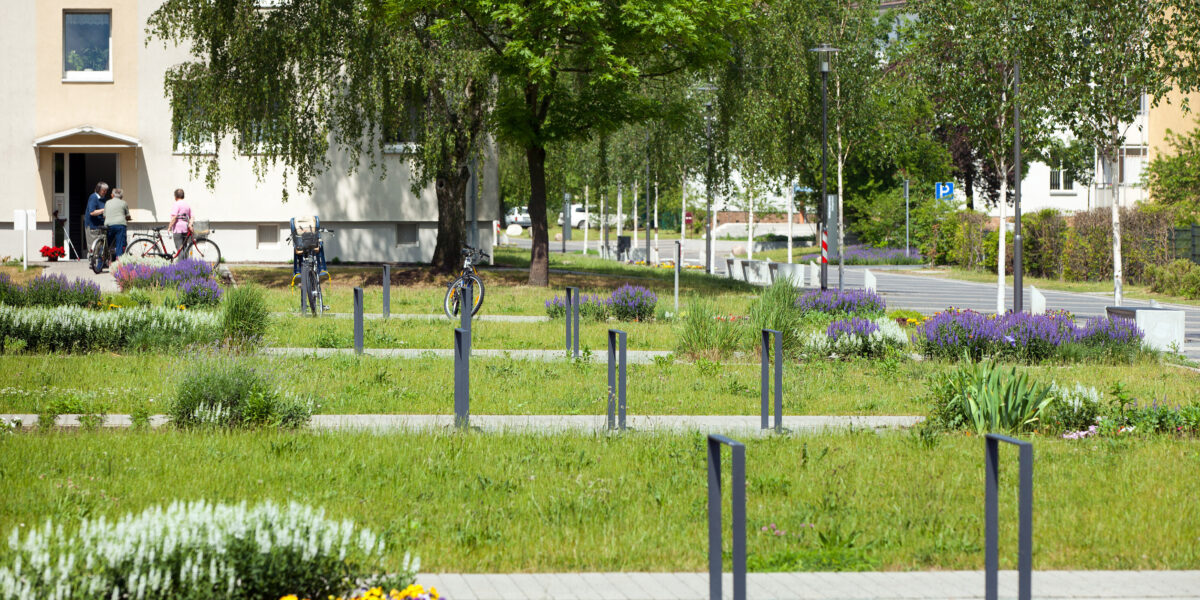 The housing area of Strasse des Friedens – Koliner Straße – Berliner Straße is characterized by superior schools and kindergartens as well as playgrounds for children of all ages. The school area has a campus-like character. Therefore, a school boardwalk was suggested in the plan. The pavement consists of concrete stripes in various shades of grey, marking the outline of the “campus”. The Straße des Friedens is flanked by an alley with birch trees on one side. In some of the interstices, there are benches inviting bypassers to relax between the birches. A planted area with seating marks the entrance opening towards the boardwalk. The bulk of traffic has consisted of pupils moving to and from school. Therefore, the planned road was proposed as a shared space boardwalk, as it was already being used by different types of traffic. Parking lots are relocated from the boardwalk to yards between homes along the entire length of the Straße des Friedens.