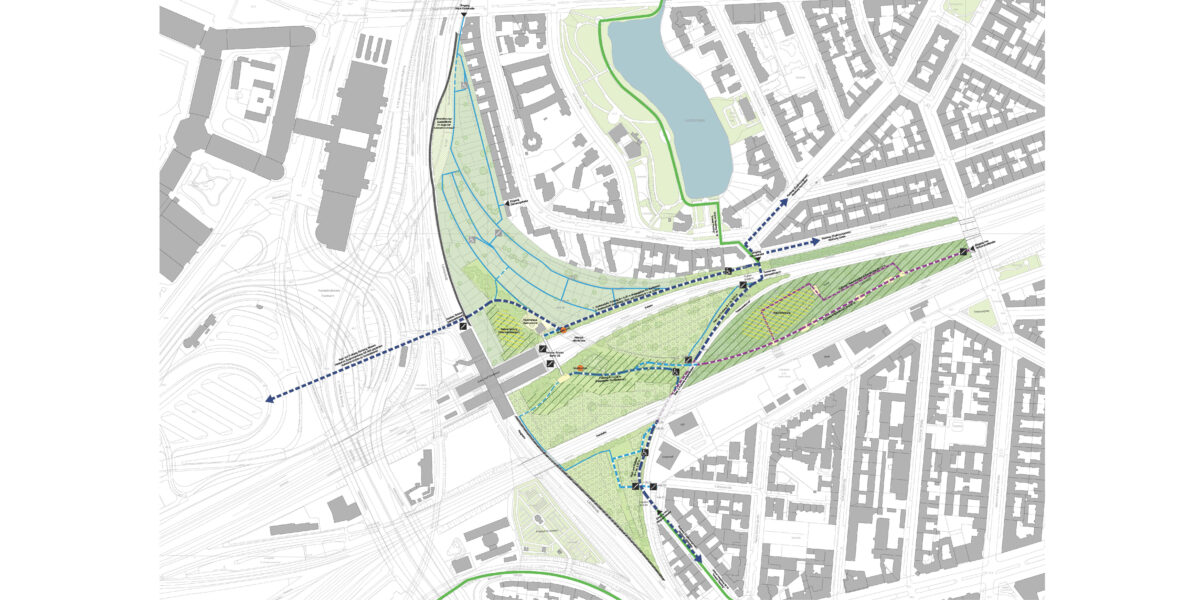 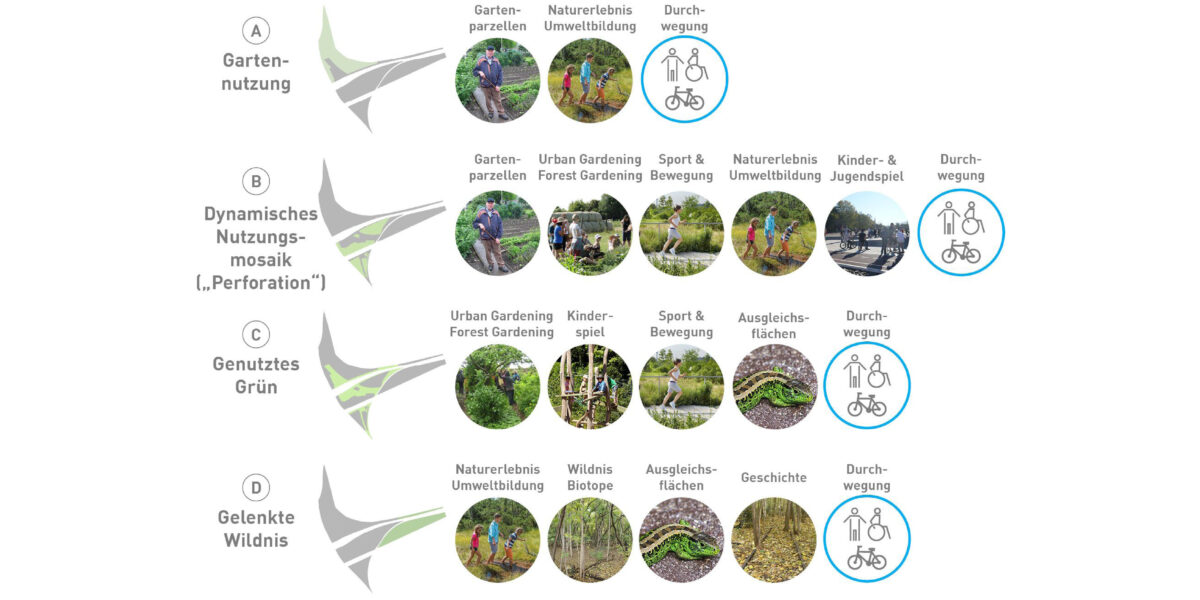 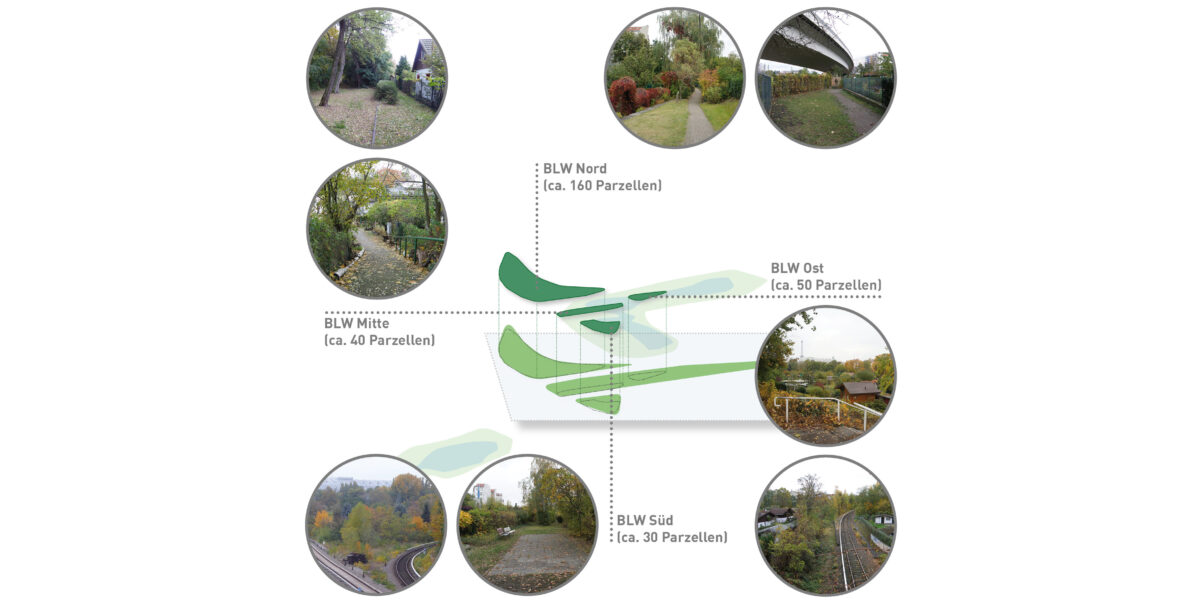 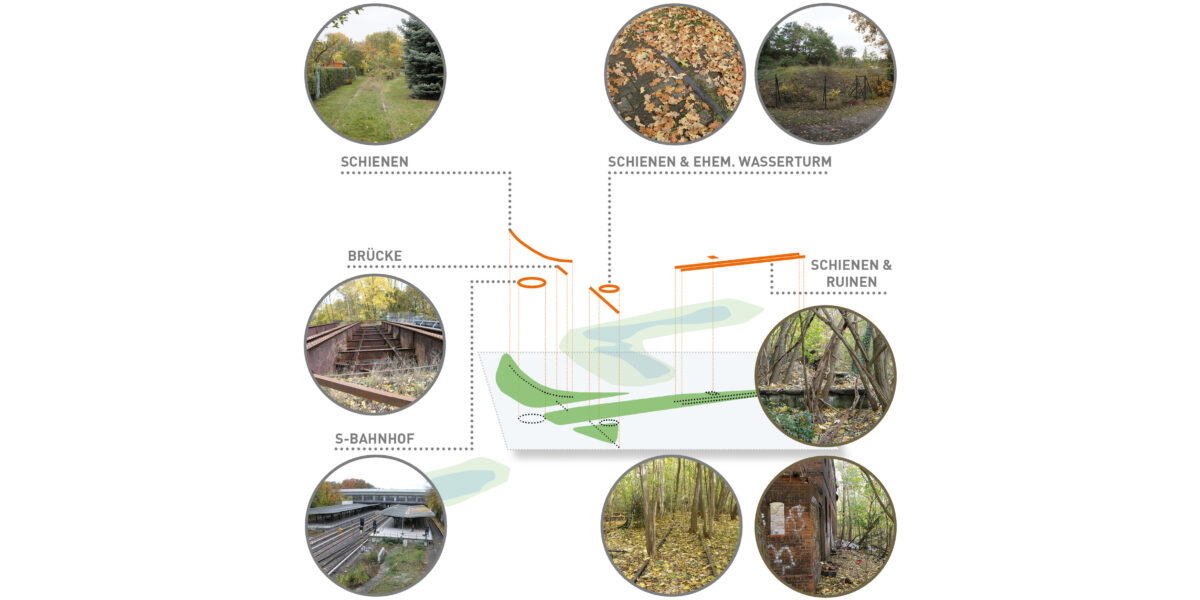 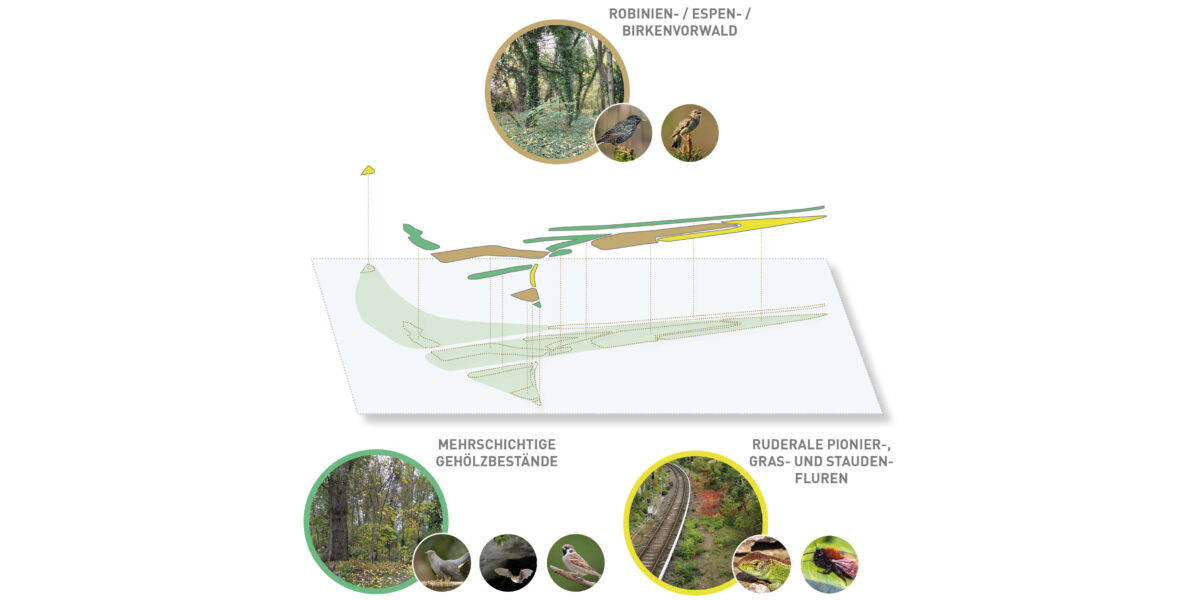 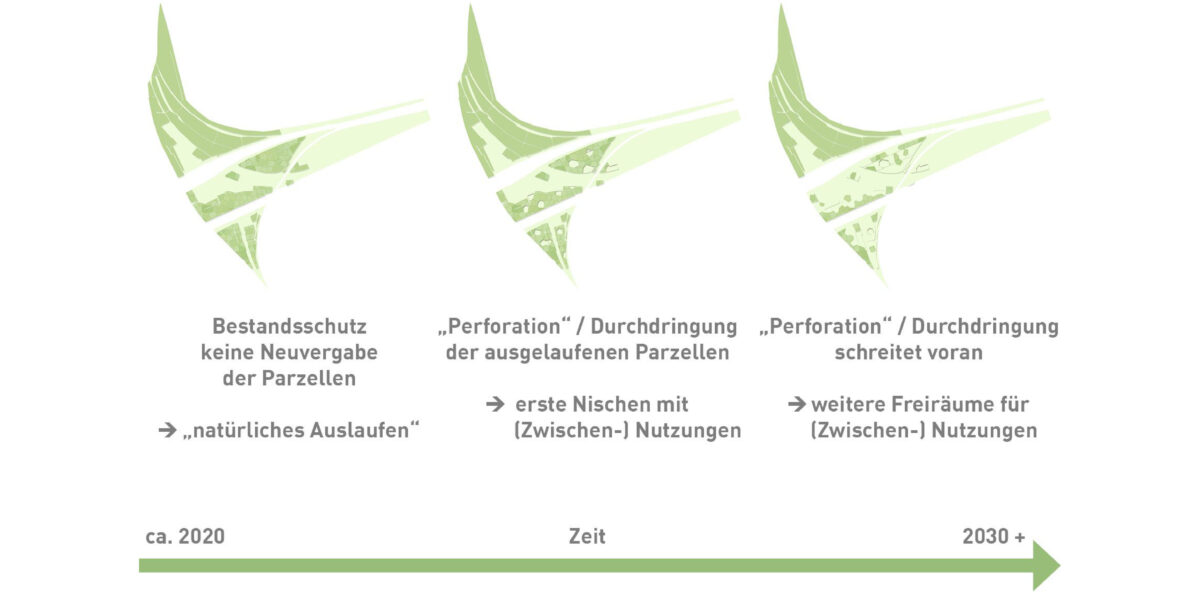 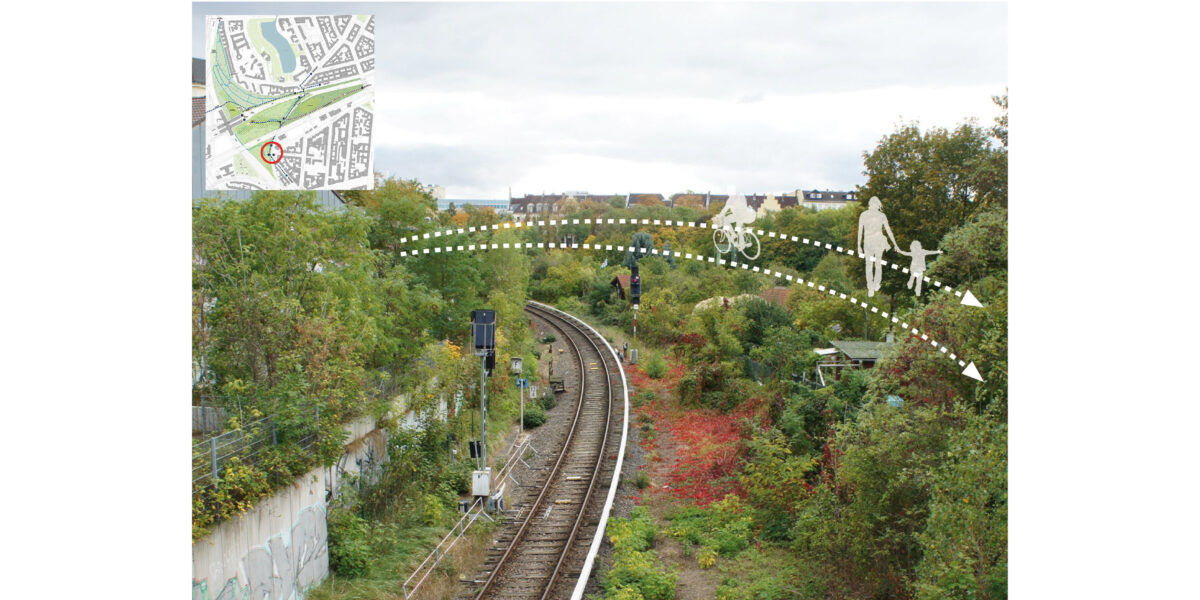 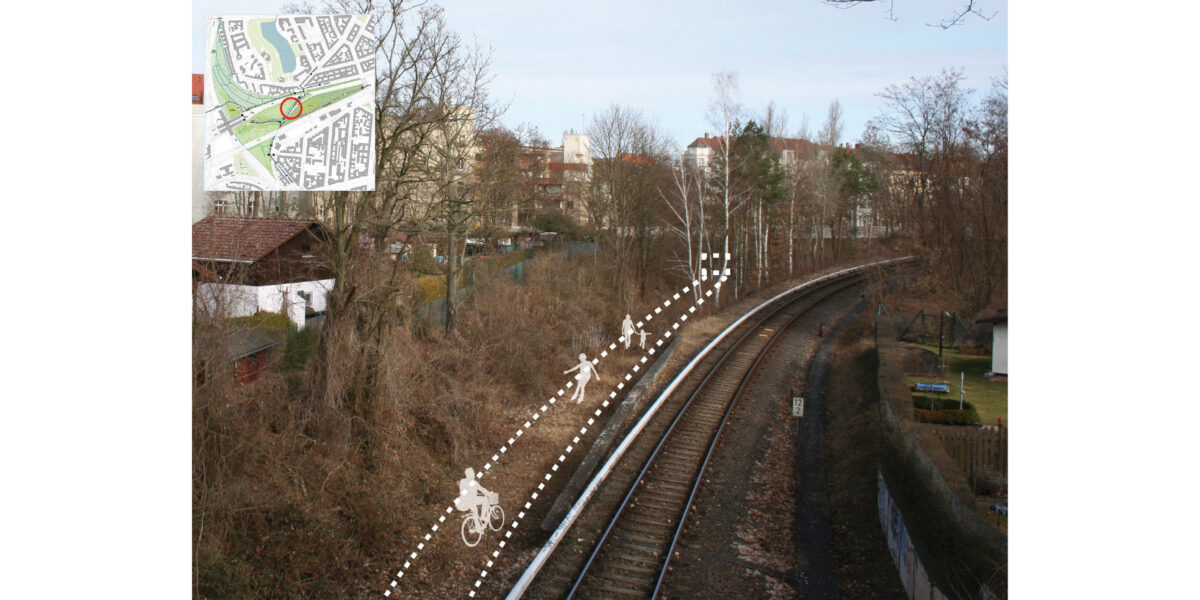 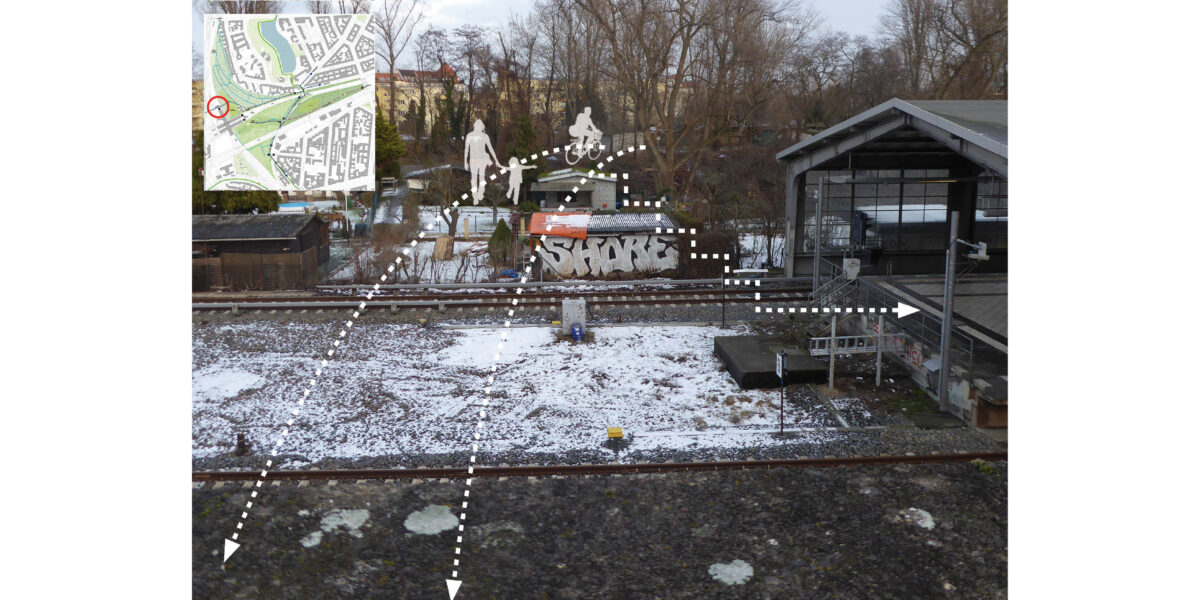 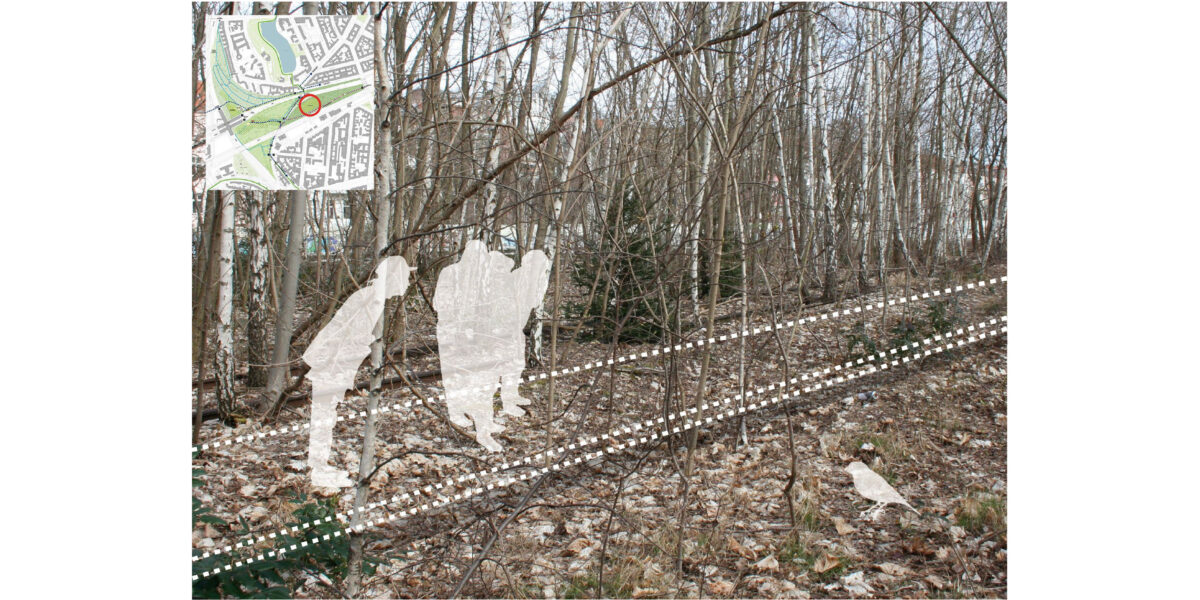 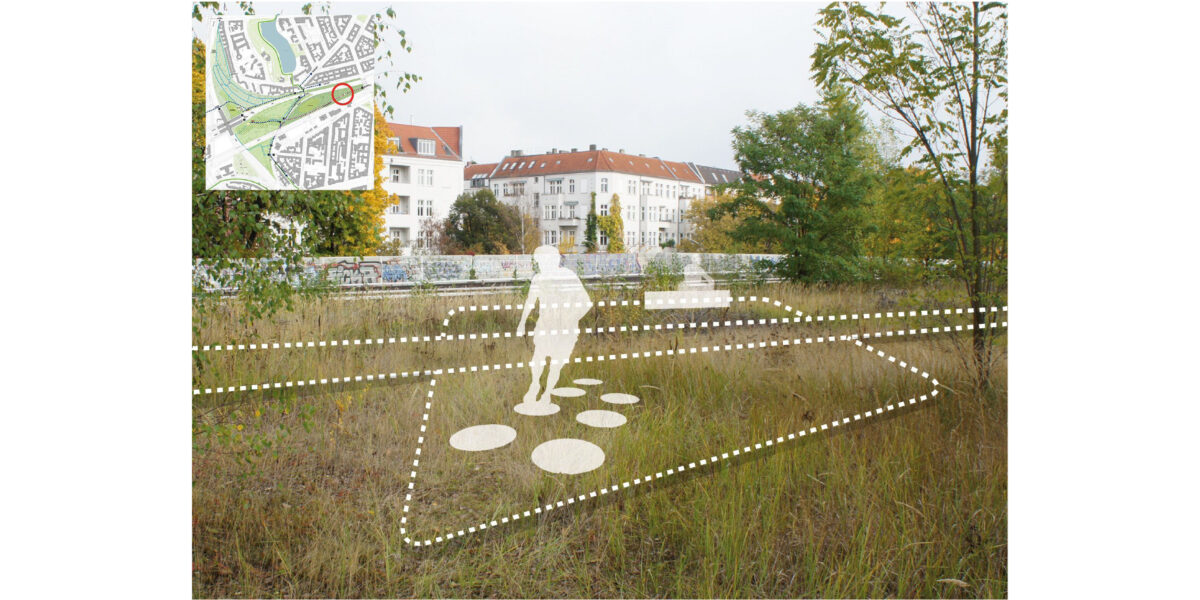 The Berlin district of Charlottenburg-Wilmersdorf intends to turn the open areas east of the Westkreuz city railway station into a park. In its current form, the Deutsche Bahn railway is a large barrier for both pedestrians and cyclists. During planning in 2016, the city district authority commissioned FUGMANN JANOTTA PARTNER to create a concept for the area’s usage and development. Our aim was to secure the existing green areas in the entire area analyzed and to improve the accessibility of the centrally located interchange station. We also wanted to eliminate deficits in the provision of free space within the district and to find possibilities for offsetting intrusions into nature and landscapes.

The overall concept is based on a modular structure and incremental implementation. This will ensure a constant dialogue between local garden plot holders and the public interest. As a result, this will create a future prospect for both the garden plots and publicly accessible areas for recreation, moving and playing. Another important part of the concept was to intensely involve the public, in addition to the surveys and analyses we conducted ourselves.

Briskly attended by different interest groups, four meetings yielded a viable compromise for the project. The garden plots in the northern section will remain. The other premises are given a guarantee to exist for a minimum of another ten years. In the future, new gardeners may commonly till plots that become available. By 2030, we expect to be progressively developing the publicly accessible Westkreuzpark. The park will offer a broad range of usages, catering to the needs of residents in adjoining quarters. Moreover, the barrier-free paths and the connections to the network of bikeways and walking routes will benefit the surrounding areas of the district.

See the district homepage for the entire usage and development concept of Westkreuz and the documentation of the four meetings.