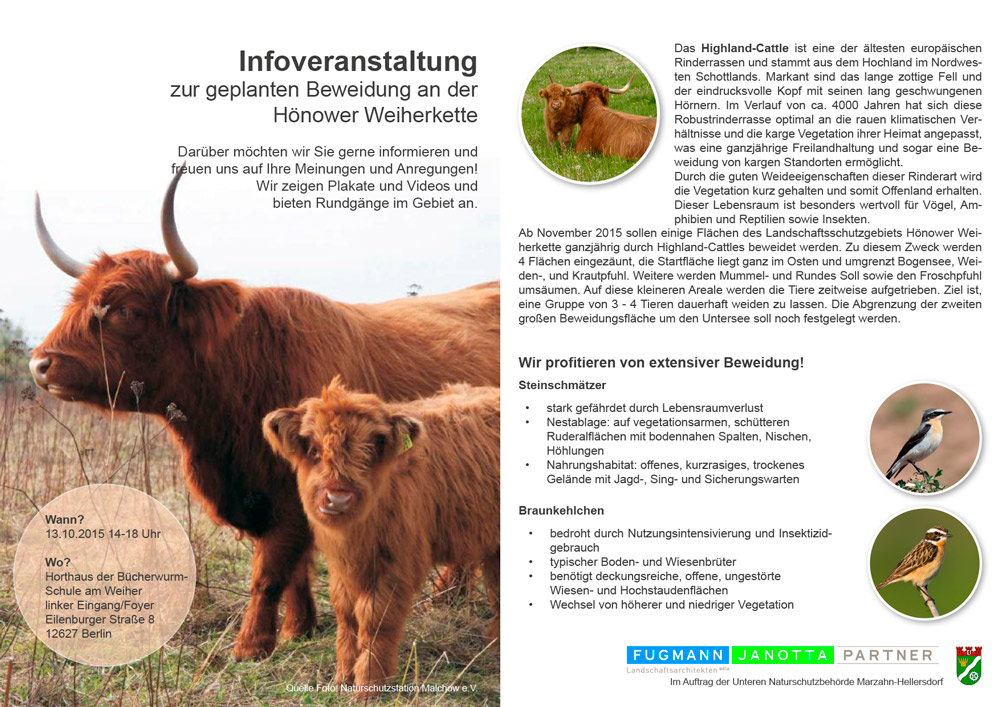 An informative event about the proposed programme of extensive grazing took place at the Bücherwurmschule after-school care centre in the Berlin district of Marzahn-Hellersdorf on 13 October 2015. Conceptually integrated within the overall management and development plans for the landscape conservation area, it aimed to involve the residents and users of the area in the process. Those interested were able to watch short films about Scottish Highland cattle and several species of birds that would profit from the grazing. They could also take part in an area inspection conducted by a nature conservation expert and representatives of the local nature conservation authority. The pros and cons were discussed with those who took part in the planning during an area inspection and in the foyer. The plan to keep a group of three to five robust cattle in the field has been generally well-received, although the fencing-off of all the ponds in the eastern part of the Weiherkette is still causing considerable concern. The shape of the grazing fence has been criticised too.