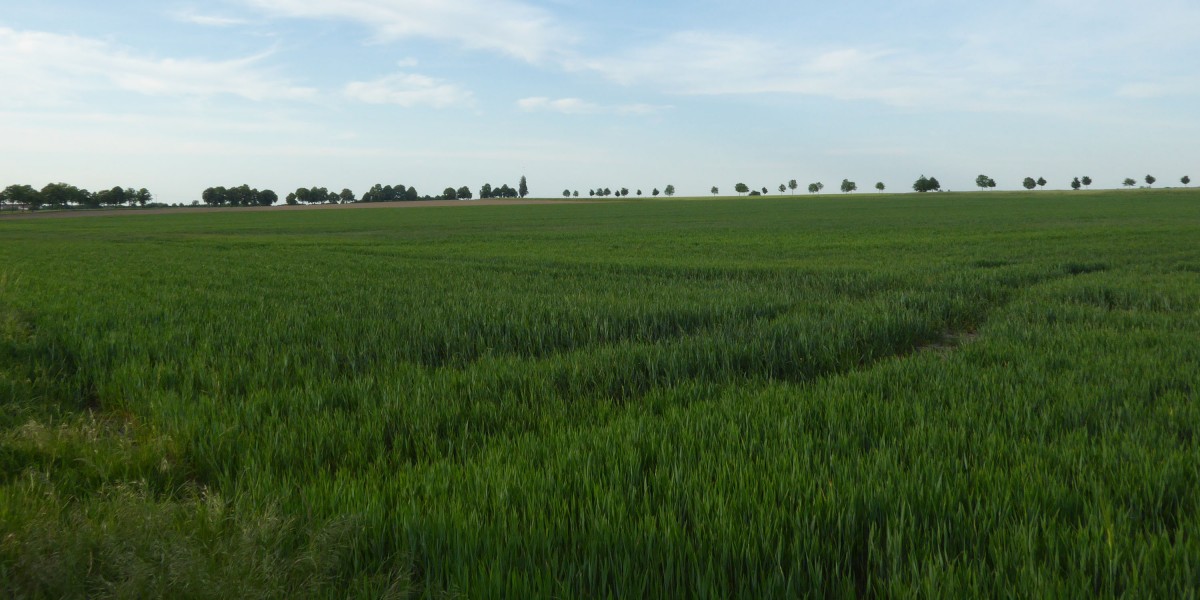 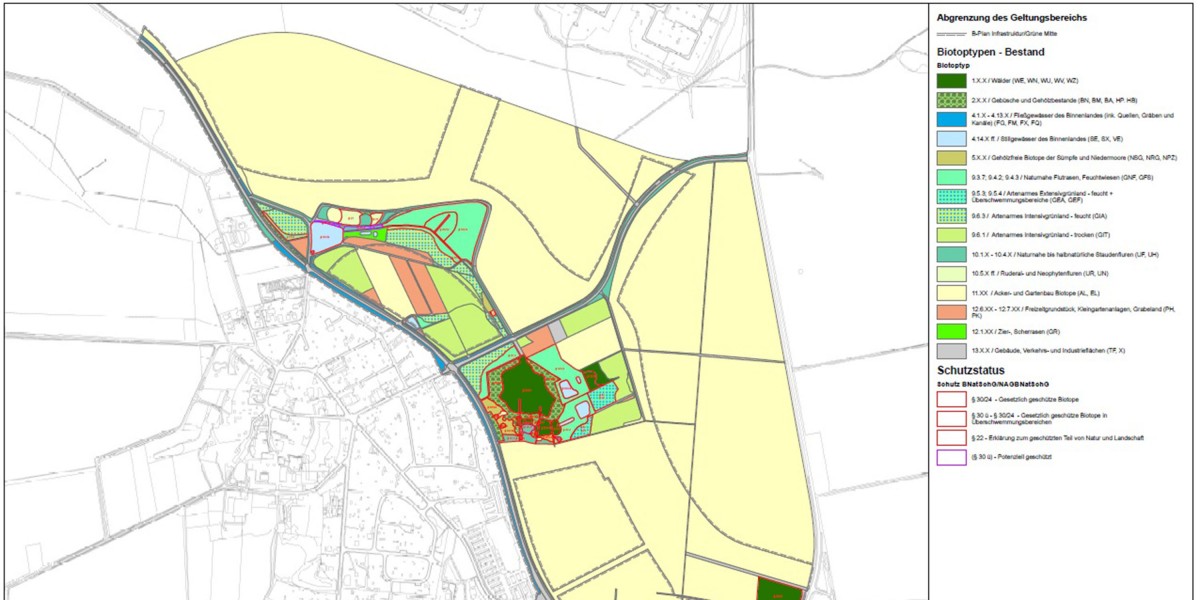 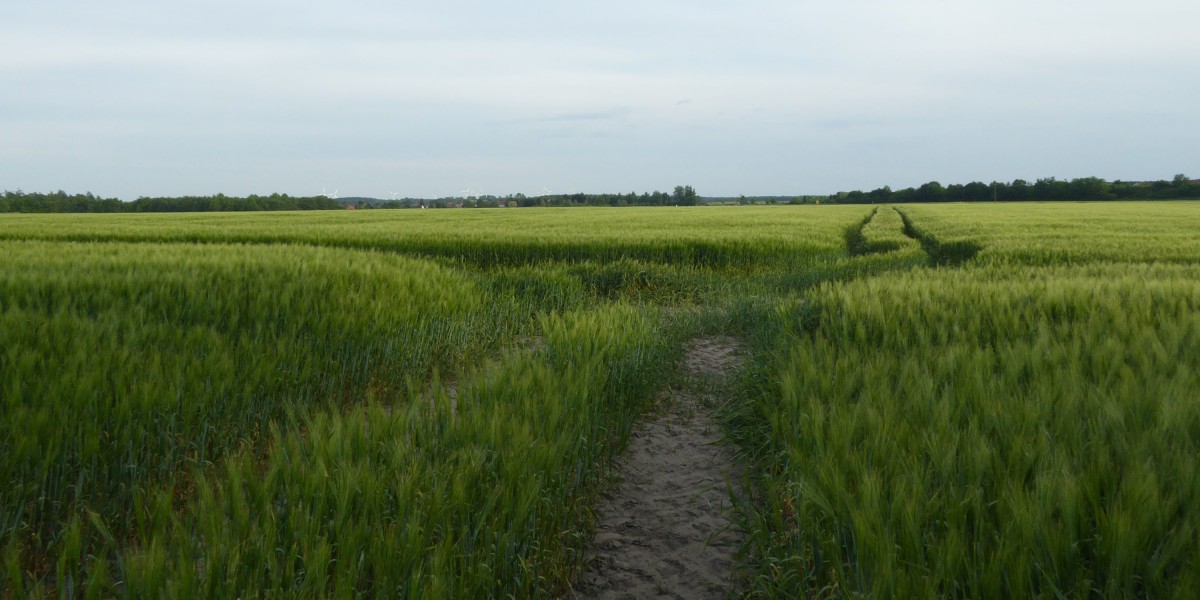 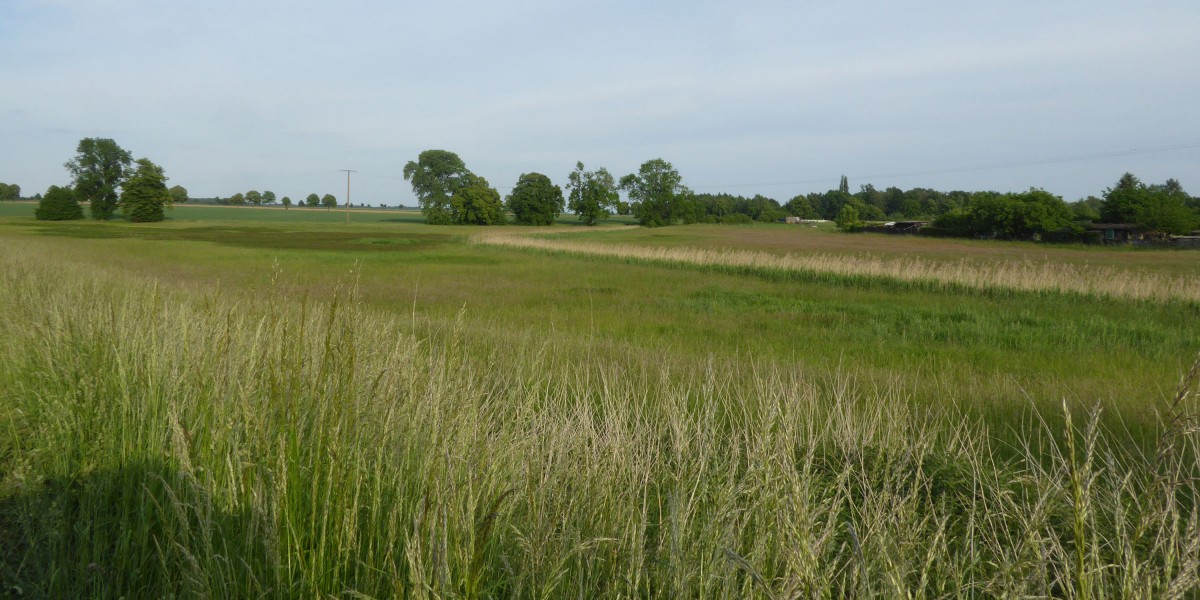 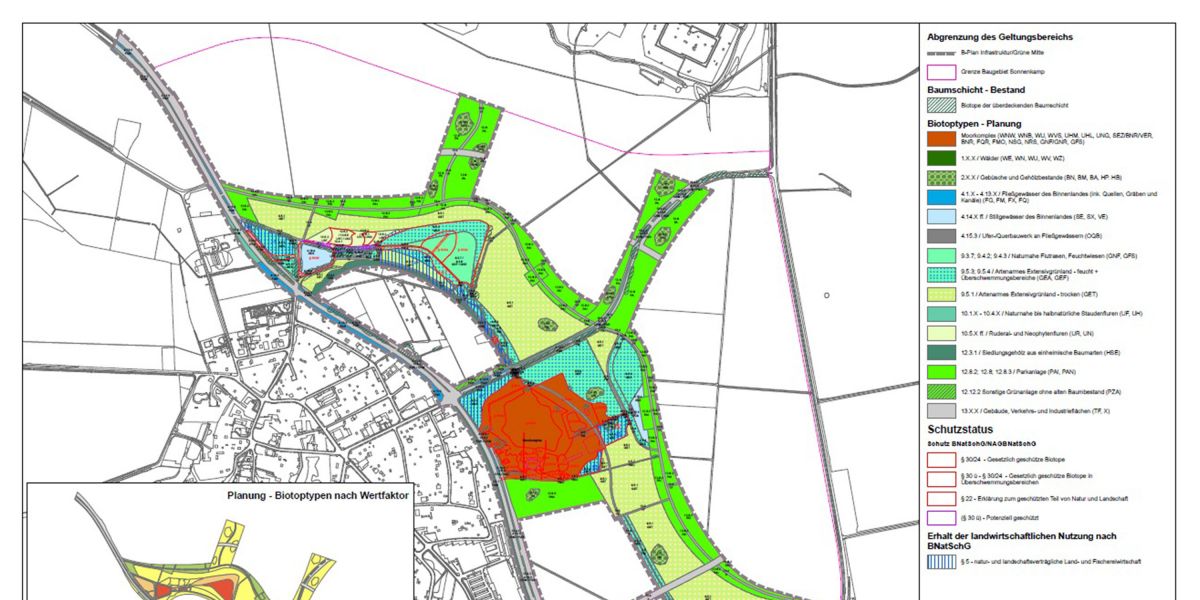 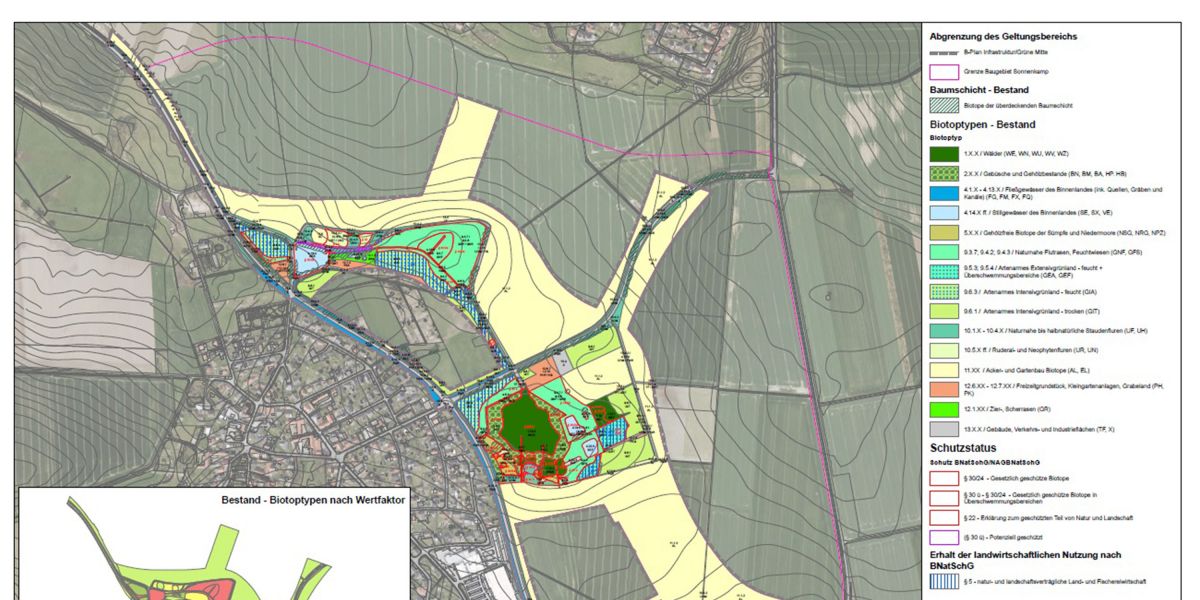 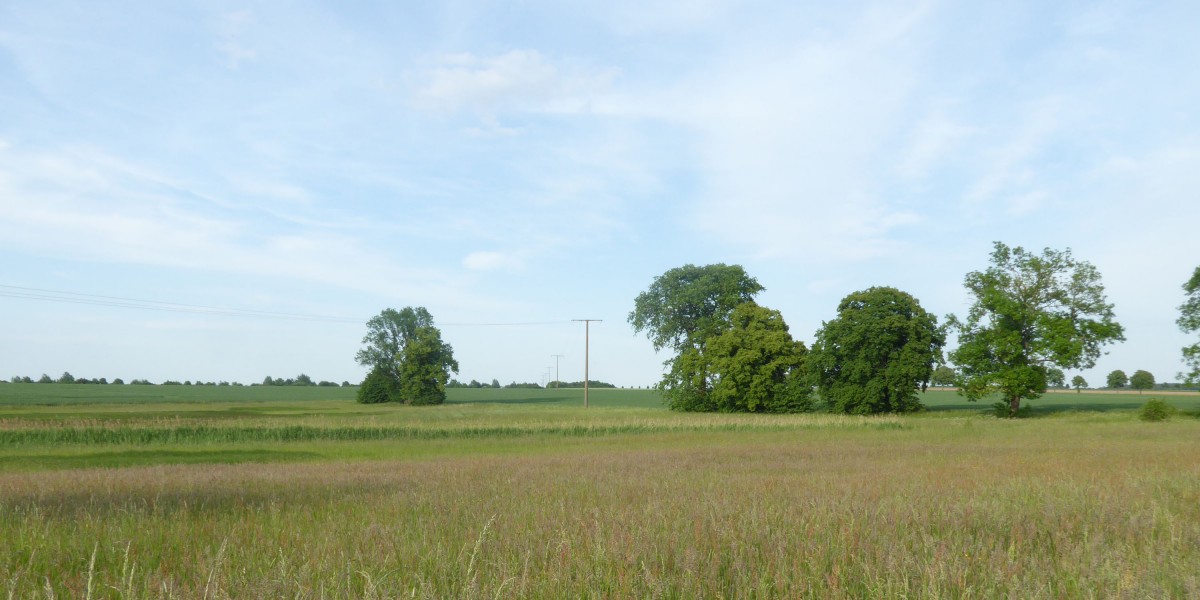 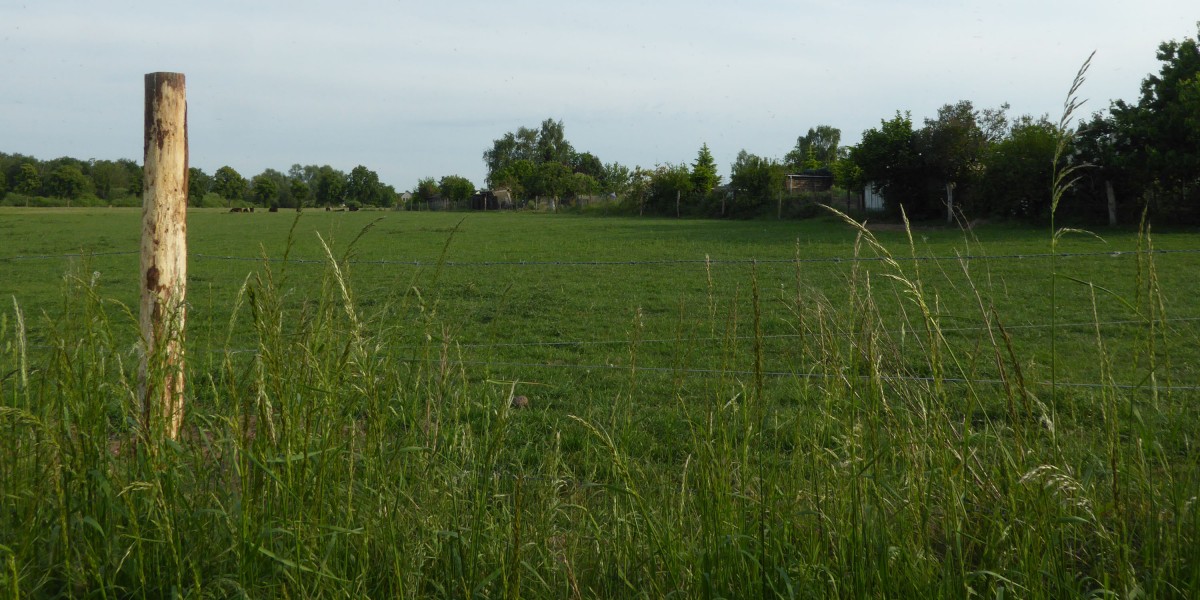 As part of a housing construction initiative, the city of Wolfsburg set the objective to create six thousand additional housing units Southeast to the center of Wolfsburg by 2020. New housing units will be built on an area of 160 ha in the district of the Nordsteimke-Hehlingen. The plan also involves redesigning social and transport infrastructure on 64 ha of these premises. The design is aimed at connecting the district to the central area and to allow both districts to interconnect. The concept attaches special importance to landscaping so the “Green Center” can assume new recreational functions for the local population.

In 2016/2017, the detailed urban area usage plan for Nordsteimke-Hehlingen formed the basis for creating the residential areas’ zoning maps and, as compensation, a central recreation area that allows for fully differentiated rain water management.

During the zoning map’s creation, FUGMANN JANOTTA PARTNER was commissioned to assess the compatibility of the so-called infrastructural zoning map “Sonnenkamp” with the intra-municipal landscape plan in a study called “Grünordnerischer Fachbeitrag – GOF”. This study comprises all green areas of the “Green Center” including the bog location, the planned panoramic trail as well as the retention spaces and expansion areas for the public transport initiative Alternative Green Route (AGR).

This study coordinates, assesses and summarizes all environmental issues relevant for the project. While the area predominantly consists of arable fields, special attention needs to be given to the Nordsteimker Bog, with its unique physiography and other protected biotopes pursuant to §30 of the German Nature Protection Act BNatSchG. This compatibility assessment of the infrastructural zoning map with the intra-municipal landscape plan (Grünordnerischer Fachbeitrag – GOF) contains not only an inventory of all landscape elements, but also an analysis of intrusion into nature and offsets in accordance with the German Impact Mitigation Regulation (Eingriffsregelung).The intra-municipal landscape plan compatibility assessment also includes designated steps taken to avoid and mitigate the intrusion entailed by the plan.

The summary (draft as of August 2018) shows that the plan for the analyzed area will lead to a substantial increase in value and is suitable to offset intrusions/deficits of the neighboring housing areas. The landscape of the project area will increase in value as arable land will be transformed into green areas and park facilities. Residents will gain better access to recreation facilities near their housing. At the same time, contributing to the diversity and spaciousness of the landscape, the area’s peculiarities will be reshaped as the settlement in the neighborhood (= superordinate level pursuant to German regional planning regulation) is built

In addition, the results of the compatibility assessment, as well as the accompanying environmental issues contained in the environmental report pursuant to § 2a of the German Construction Code (BauGB), will be used to substantiate the new infrastructural zoning map. This report will also be created by FUGMANN JANOTTA PARTNER.