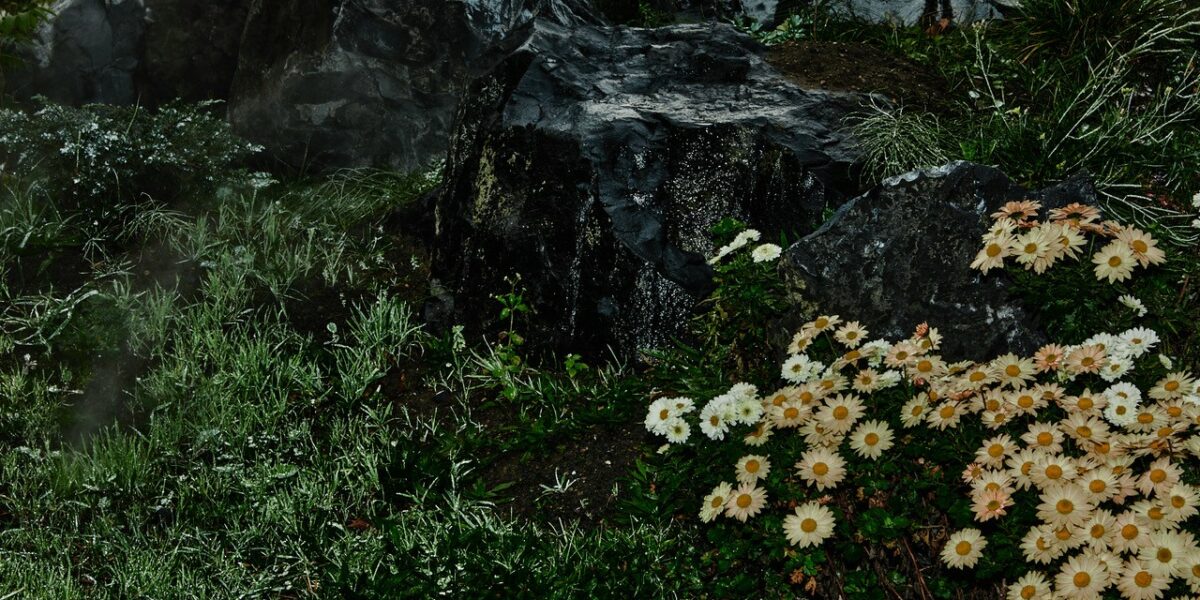 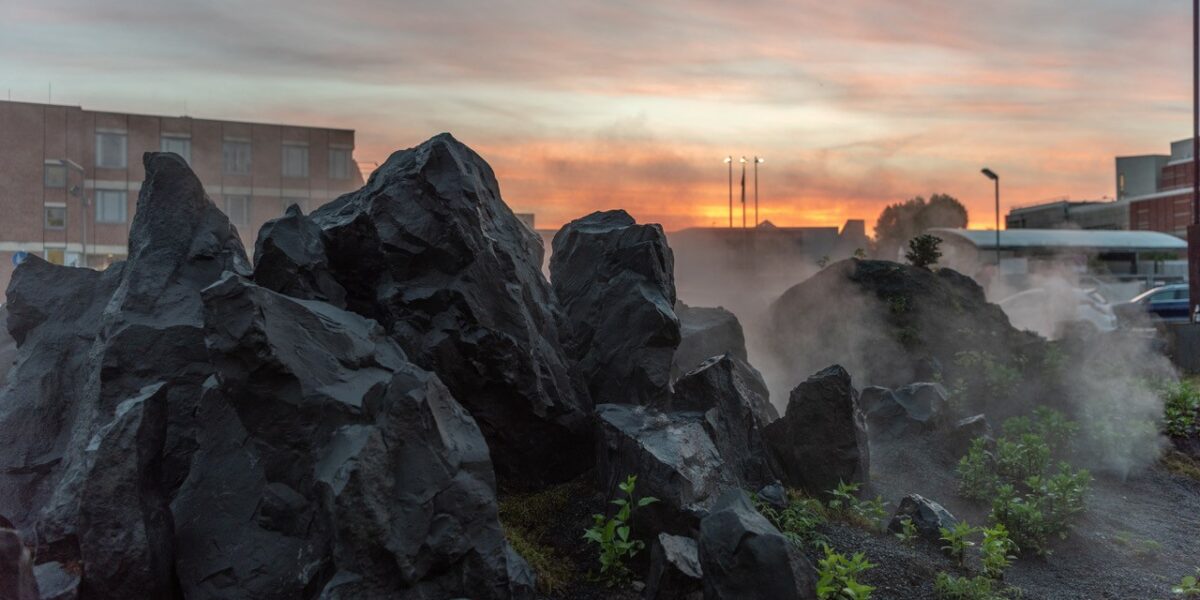 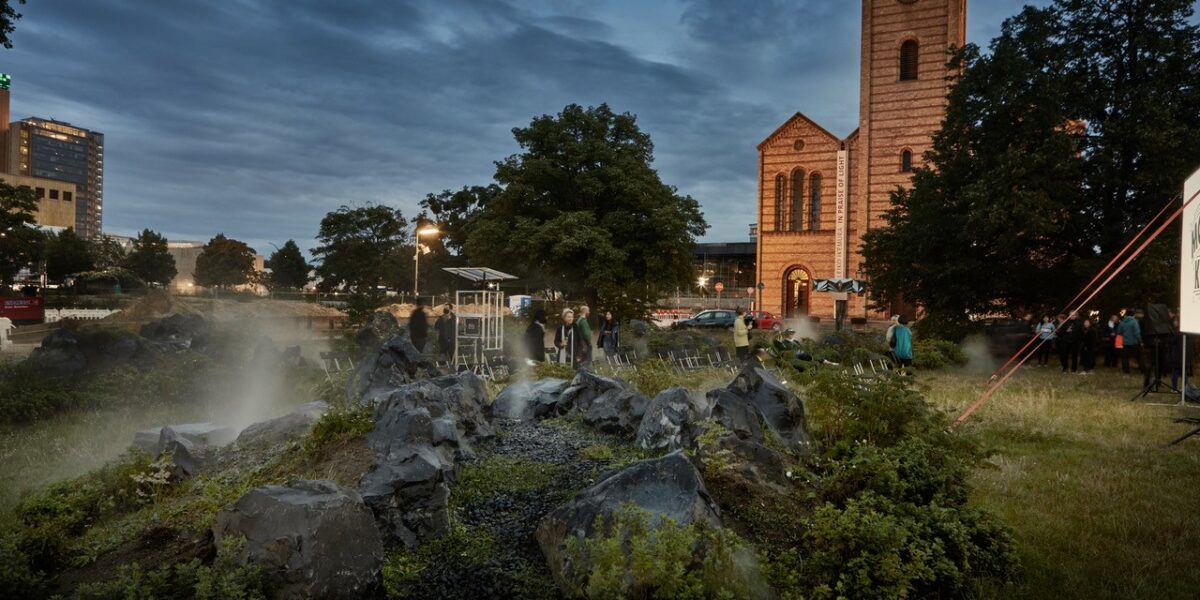 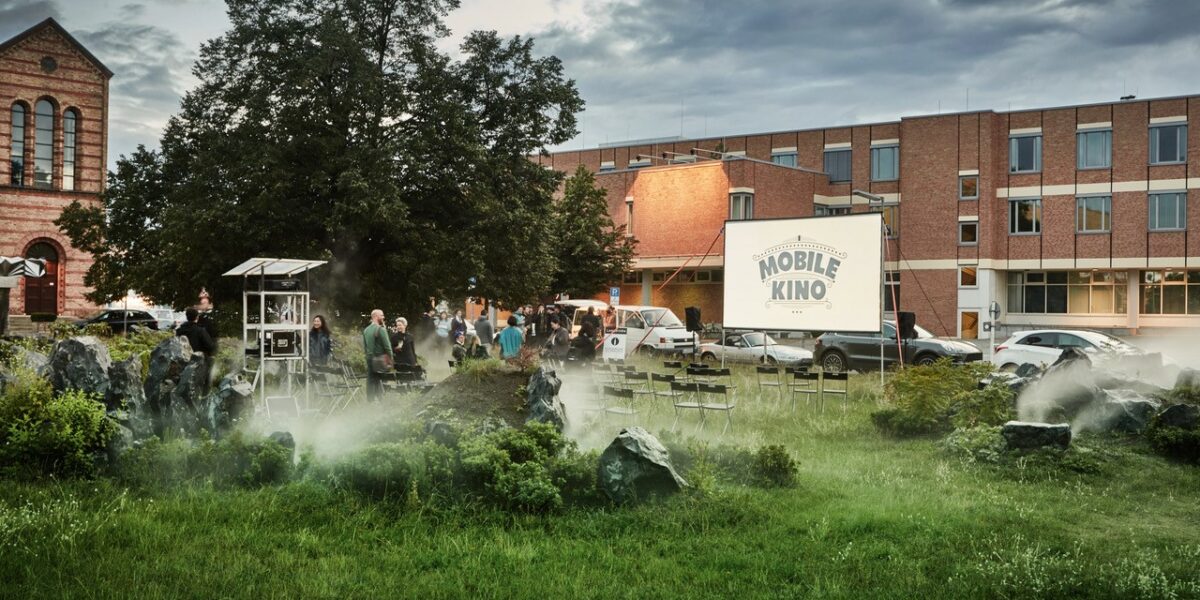 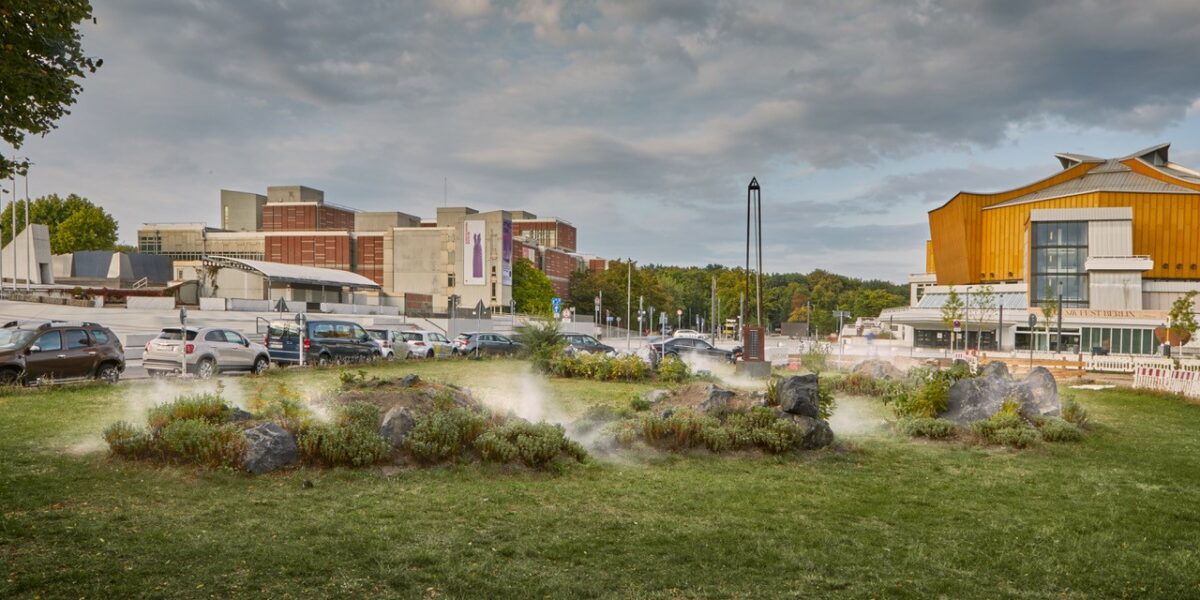 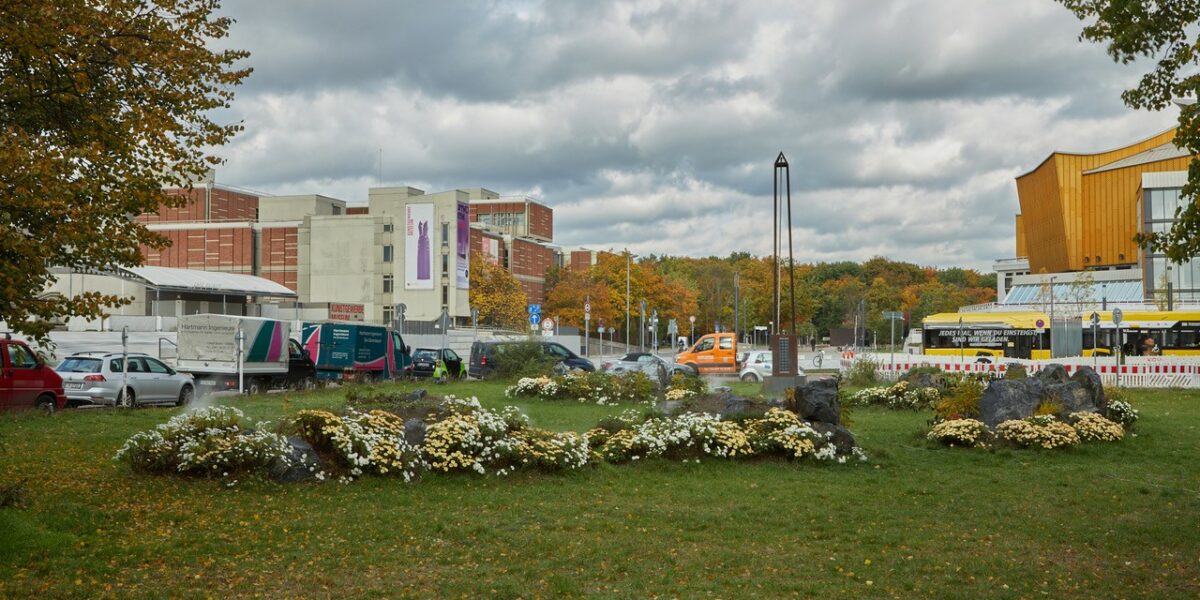 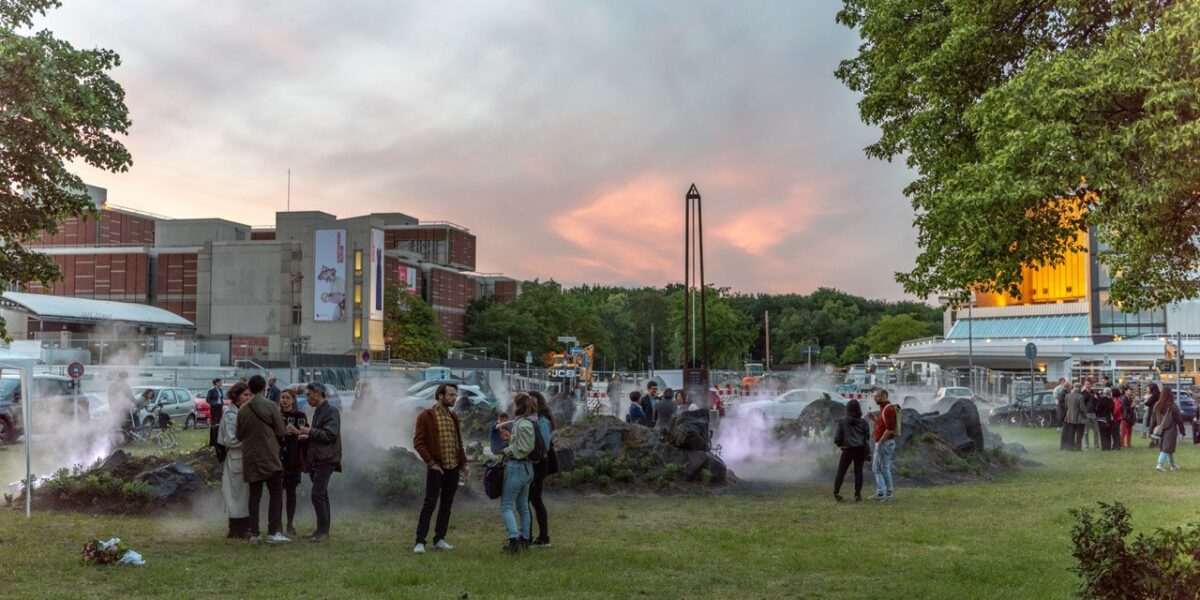 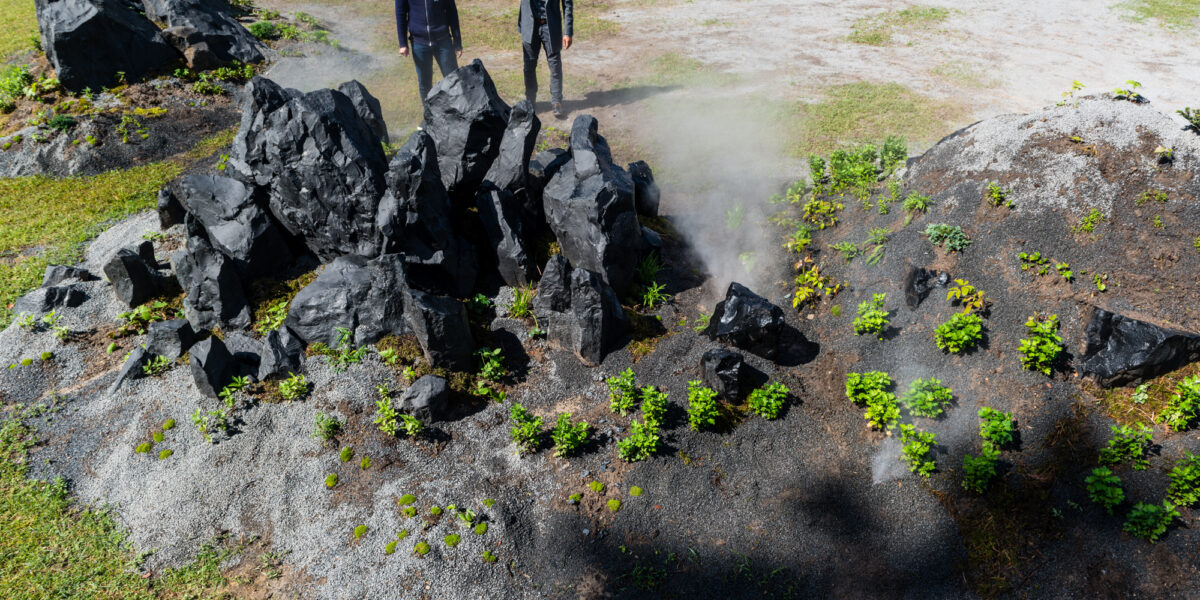 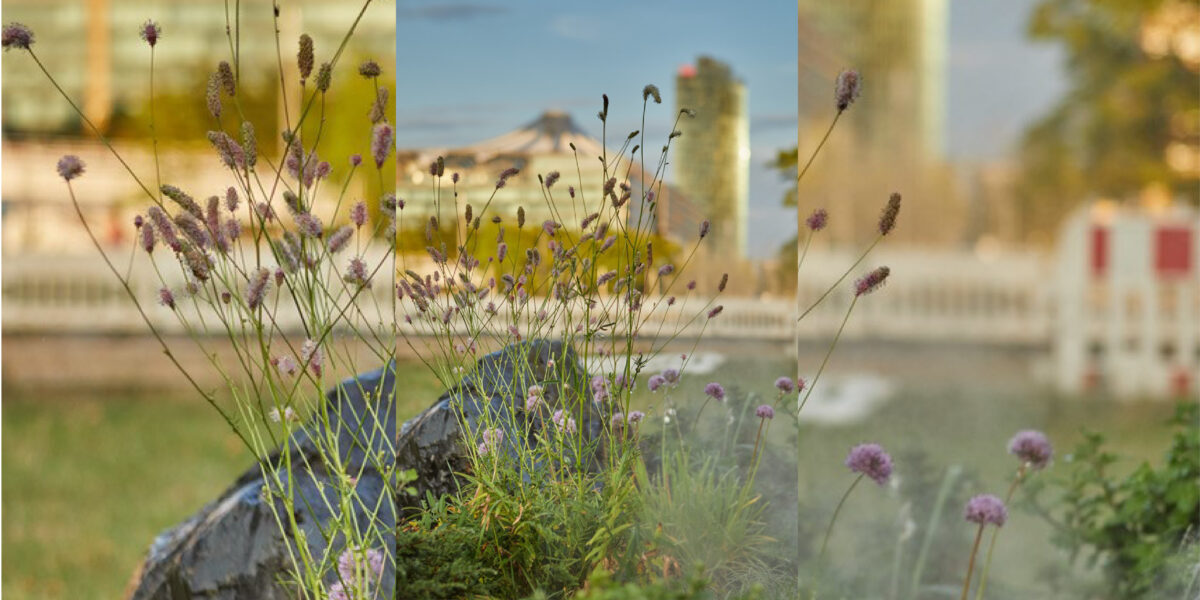 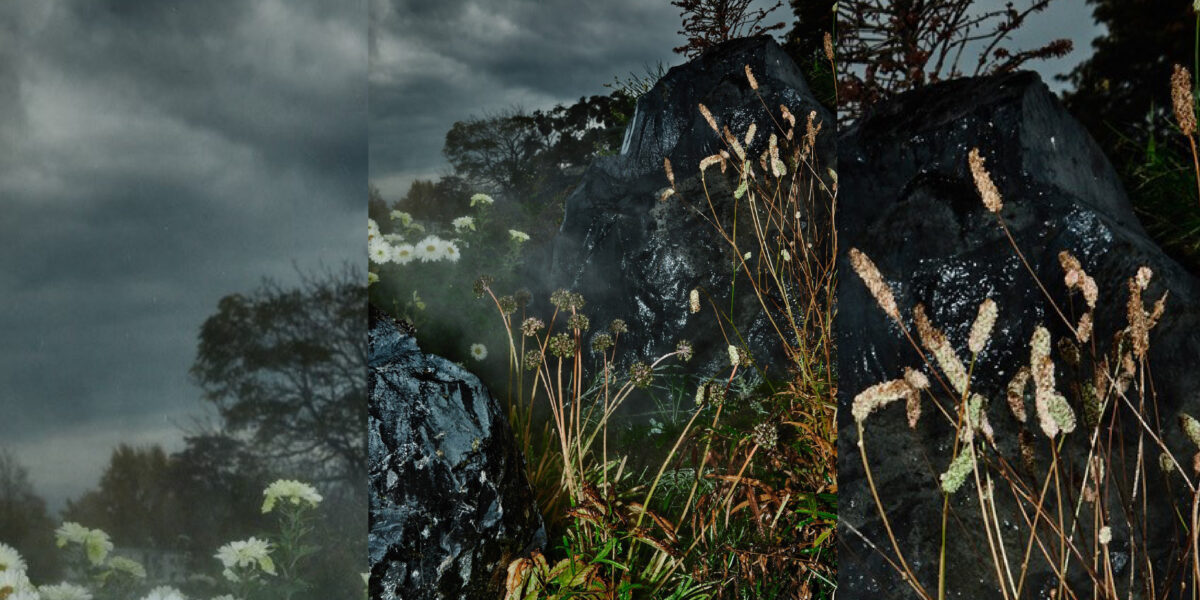 “The Third Land” is a art garden project by South Koreans Han Seok Hyun and Kim Seung Hwoe. It focuses on Korea’s division, lasting for more than seventy years. The artists reflected upon Korea’s current political situation in the place of German division and reunification – Berlin. Thus they chose the date of the 30th anniversary of the fall of the Berlin wall for the projects realisation.

Not far away from the former intra-German border emerged a surreal landscape fragment on the culture forum. Groups of dark basalt formed a rugged topography on a 30 x 15 meters large area. In fact it reminds viewers of the Baekdu-Daegan-mountains, which stretch over the entire Korean peninsula. Further more coupled with fine water mist and plants imported from both North and South Korea, this evokes the poetic image of an alpine landscape en miniature. When changing perspective or looking closer, the beholder discerns the unmistakable adaptations of the landscape depicted by the Korean painter Jeong Seon (1676-1759), which are of national importance.

Implementing “The third Land”, our office’s consultancy services included the proper commissioning of horticultural and landscaping companies, in addition to helping with the filing of applications to the authorities. Furthermore we assisted the artists in technically implementing their ideas, creating site maps, supervising construction works, and attending local meetings.

You can find more projects on German-Korean cultural exchange on the Keum Art Projects homepage.