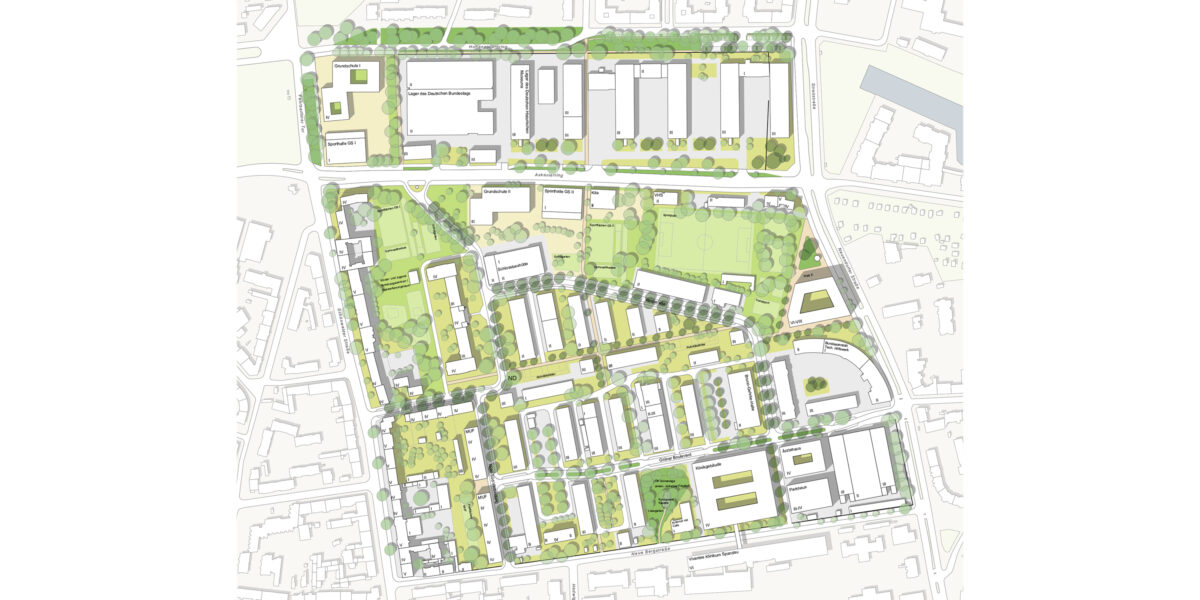 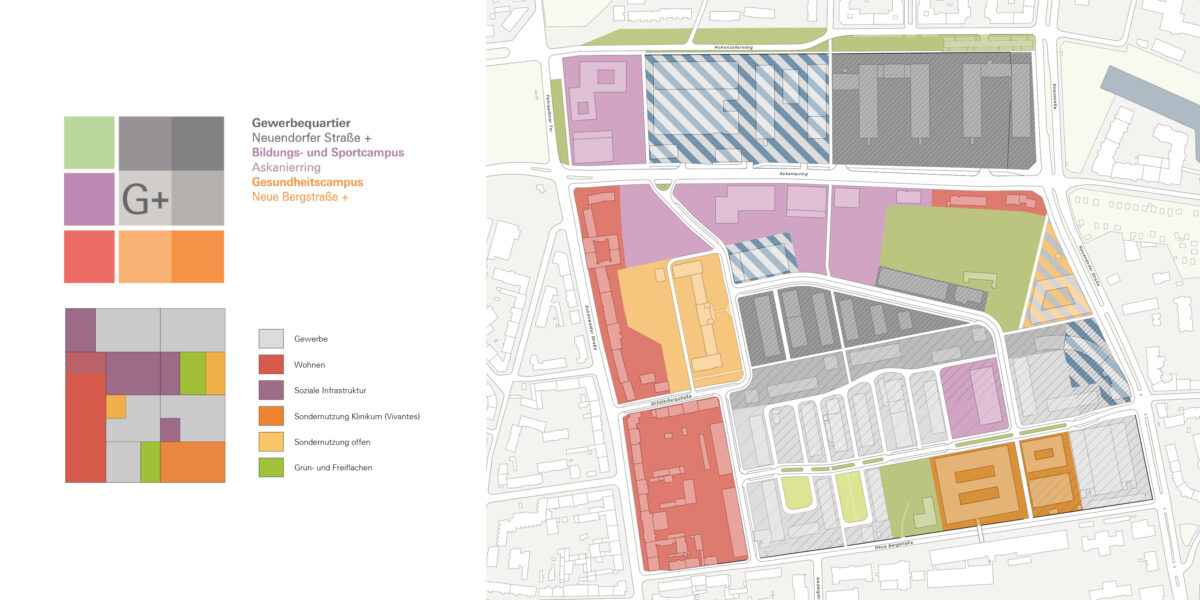 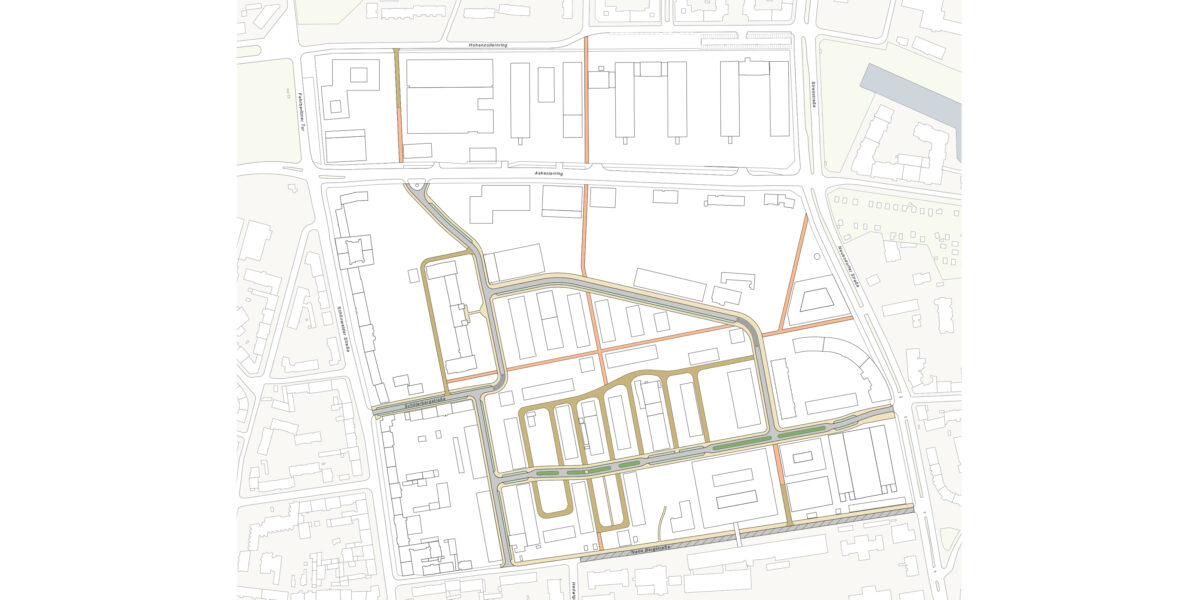 The area of the former Alexander-Barracks and Business Park on Neuendorfer Straße is located approximately 2 km north of Spandau’s old town. Predominantly used for business purposes, the large building block is surrounded mainly by housing areas. In the south, it is bound by the Spandau Vivantes Clinic.

Given its structure, the historical barrack buildings are in a reasonable state. Most of them are protected by laws for the preservation of monuments. The main building of the barracks, as well as the halls and the coach house, remind visitors of how the facility had been used since the second half of the 19th century.  Later, in World War II British soldiers were deployed to the site. The “Schülerbergkaserne” barracks were then renamed to Alexander Barracks to honour the British field marshal Harold Alexander.

As demand for both housing and business space rises, the Borough-Office Spandau has commissioned an Integrated Site Development Concept for the area. We examined where and in what way housing, services, social and health-care facilities could be utilized on the site in such a way that they would not interfere with each other.

Besides traffic-related aspects, we paid special attention to open spaces when working out the Integrated Site Development Concept. Crucial to us was protecting the local and regional open space network, developing comfortable routes for strollers and cyclers and protecting, developing, and structuring valuable landscape elements (especially the stock of trees). At the same time, we redesigned the former Jewish cemetery as a memorial site in order to help reappraise its history.